Mr. Winn was born in Petersburg, Virginia on April 26, 1948, and was the son of the late Clarence A. Winn, Sr. and Evelyn Hargrave Winn. Employed with CF Industries for 13 years, he later retired as a Water Treatment Plant Operator with International Paper in Franklin, VA where he worked for 27 years. While at IP, he was on the HazMat & Emergency Response Team. 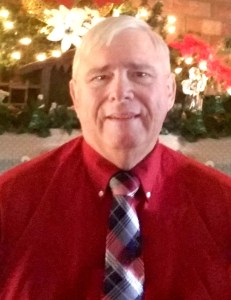 Community involvement included many years of service and retirement from both the Gates County Rescue & EMS, and the Gates Volunteer Fire Department. In the Rescue Squad he served as an EMT and Rescue Technician, and was a founding member of the Northeast Search & Rescue. With the Fire Department he had served as Chief.

Clarence was a longtime member and deacon of Reynoldson Baptist Church.

In addition to his parents, he was preceded in death by a sister, Peggy Campbell; and by a brother, Bill Winn.

Funeral services were held Tuesday, September 1 in Reynoldson Baptist Church, conducted by his pastor, The Rev. Cody Brinkley. The burial followed in the church cemetery.

Friends may join the family at the residence.

Miller Funeral Home, 304 Main Street, Gatesville, assisted the family with arrangements and online condolences may be made by visiting www.millerfhc.com.