Mike was born in Statesville, NC (Iredell County) on October 23, 1947, and was the son of the late Jesse Willard Poston and Gaynell Harris Poston. He had retired after 33 years as a building supply salesman with W.H. Basnight & Co. in Ahoskie. 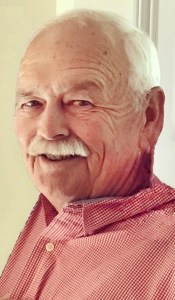 A member of St. Mary’s Episcopal Church in Gatesville, and an Army veteran of the Vietnam War, he was an avid outdoorsman, and enjoyed his memberships in both the Gates and Gatesville Hunt Clubs, in both the Chowan and Gates County Bassmasters Associations, and the Eason’s Crossroads Ballpark Association where he had coached and umpired softball. With his tournament partner, Kevin Jones, they won the Fishers of Men National Championship held in Shreveport, Louisiana in 2009.

In addition to his parents, he was preceded in death by his brother, Randy Poston.

A graveside memorial service will be held Friday, August 7, at 10:30 a.m. in the Gatesville Cemetery and will be conducted by The Reverend Jeff Douglas. Friends may join the family at the residence.

In lieu of flowers, contributions in his memory may be made to the Vietnam Veterans of America, 8719 Colesville Road, Suite 100, Silver Spring, MD 20910, or online at www.vva.org.