Murder in the street

AHOSKIE – One local man is dead and another is behind bars in a fatal shooting here Tuesday afternoon.

Cameron Jalil Smith, 20, of Murfreesboro was shot while driving a vehicle on Catherine Street shortly before 4 p.m. Smith, who was originally taken to Vidant Roanoke-Chowan Hospital in Ahoskie, was airlifted to Vidant Medical Center in Greenville where he died. 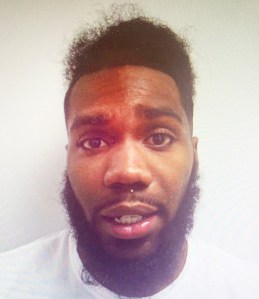 Nygawaun M. Ezell of Ahoskie is charged in the Tuesday murder of Cameron J. Smith of Murfreesboro. (Ahoskie Police photo)

Ahoskie Police Major Jimmy Asbell said Ezell was developed as a suspect during the investigation and arrested at around 2 a.m. on Wednesday at the Police Department where he was taken for questioning.

Ezell is being held without bond and is scheduled to make his first appearance on Friday in Hertford County Criminal District Court.

Asbell said Ahoskie Police units were dispatched at 3:52 p.m. on Tuesday in reference to a “shots fired” call in the area of First Street. Upon arrival, officers discovered Smith inside a vehicle that was stationary at the intersection of First and Catherine streets.

That immediate area was quickly sealed off and the investigation began, to include agents with the North Carolina SBI.

The motive for the deadly shooting was not made public.

APD Detective Justin Farmer was the lead investigator and filed the charges against Ezell.

Several streets in Ahoskie are blocked off at this time as an investigation is underway regarding a shooting. The Roanoke-Chowan... read more