Mr. Lane was born in Portsmouth, VA on September 27, 1942, a son of the late Elton Alanson and Hazel Ercell Jilcott Lane. Ashley was retired as a Major in the United States Air Force, serving in Vietnam. He was a faithful member of Rose of Sharon Baptist Church in Durham, where he served on several committees including the social committee, grounds committee and sang in the choir. 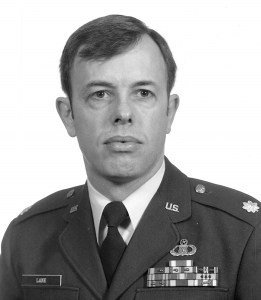 Besides his parents, Ashley was preceded in death by a son, Ashley Wade Lane, and a sister, Bonnie Lane Shelor.

The family received friends at Garrett-Sykes Funeral Service of Ahoskie on Tuesday, July 28, 2020 with the celebration of life service following. Burial was in Roxobel-Kelford Cemetery, Roxobel, NC with military honors.

Memorial contributions may be made directly to the Gideons International, P.O. Box 140800, Nashville, TN, 37214-0800; or you may donate online by visiting ww.tmcfunding.com/search; then type Ashley Lane.

Garrett-Sykes Funeral Service – Ahoskie Chapel is handling the arrangements for the Lane family and online condolences can be directed to the family by visiting www.garrettsykesfs.com.