Nora began her life on December 29, 1959, being born in Jersey City, NJ, the daughter of the late John Joseph Duffy, Sr. and Nancy Mae Powell Duffy. Attending Franklin County High School in Rocky Mount, Virginia, she met her future husband, Henderson Gray “Bud” Cobb, II there in 1980. He brought her back to his home community of Midway in Bertie County, and they married in 1981. On February 19, 1991, the light of their lives was born, daughter Callie Rose. 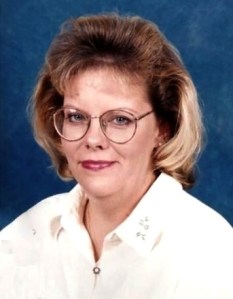 Later moving to Colerain, Nora attended Roanoke-Chowan Community College, graduated in 2000 with an Associate’s Degree in Nursing, and then received her Registered Nurse’s Certification. Employed in the medical field, she worked in surgery, wound care, assisted living, long term nursing homes, hospice, and was last employed at the Bertie Out Patient Clinic.

Nora was always known for her cooking skills, and her love of experimenting with flavors and new dishes, which she generously shared with family, friends, neighbors, and coworkers.

In addition to her parents and husband, she was preceded in death by brothers, John J. Duffy, Jr. and Anthony G. “Tony” Duffy.

Due to concerns associated with the Covid-19 Pandemic, the family has chosen to have a private service, with burial next to her beloved “Bud” in Beaver Hill Cemetery, Edenton.

In lieu of flowers, contributions in her memory may be made to: The National Kidney Foundation, 30 East 33rd Street, New York, NY 10016, or online at www.kidney.org.