JACKSON – An investigation linking two shooting incidents in different counties on the same date last year has ended with an arrest.

Kahlil Williams-Cook, age 20 of Hampton, VA, is detained under a $300,000 secured bond for his alleged role in a case where a vehicle occupied by four Chowan University students was fired upon while traveling on a secondary road in Northampton County. That shooting occurred in the early morning hours of Sunday, Sept. 22, 2019. 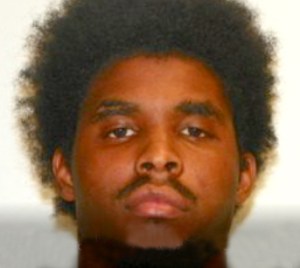 Williams-Cook is scheduled to make his initial appearance on July 30 in Northampton County Criminal District court to answer those charges.

Northampton Sheriff’s Captain Patrick Jacobs handled the shooting investigation in his county. He said that at approximately 2:03 a.m. on Sept. 22, 2019, Northampton deputies responded to a shooting that occurred on a county road between Conway and Murfreesboro. There, a vehicle occupied by four Chowan University students was reported to have been struck with numerous bullets while traveling along the highway. One victim inside the vehicle was transported to a local hospital where he was treated for his injuries and released.

Less than 30 minutes later, shots were fired outside Whites Crossing, an area of student residential housing located along Union Street on the south end of the Chowan University campus. There was no bodily injury in that shooting, however there was damage to real and personal property.

In that incident, Chowan Campus Police arrested Williams-Cook and Jamonte Smith of Newport News, VA a little over one hour later in an area along Union Street near Cotton Street.

Neither man was enrolled as a Chowan student.

Capt. Jacobs said that after an extensive investigation and working closely with Chowan University Police, it was determined the two shootings were linked. Arrest warrants were obtained on May 13 on Kahlil Williams-Cook in relation to the shooting in Northampton County.

“I would like to thank Captain Jacobs for investigating this case and like to thank Chowan University Police for working closely with our agency in conjunction with both agencies investigations,” stated Northampton County Sheriff Jack Smith. “I am thankful that this situation did not result in a more tragic incident.

“The Northampton County Sheriff’s Office will continue to work closely together along with other agencies such as in this case. This was a great example of a collective effort by multiple agencies working together,” Smith concluded.

Back to school…with a twist

RALEIGH – Will classrooms and school hallways be filled with students and teachers this August or will they remain empty... read more