JACKSON – Less than two weeks after her contract was terminated by the Board of Education, Dr. Pamela Chamblee is back again as the Northampton County Public Schools Superintendent.

The decision was made at a meeting held on Wednesday, July 1 following a swearing-in ceremony for the four newly elected members of the Board of Education, which include Josephine Dunn, Barbara Stephenson, Theresa Scott, and Tony Burnette. 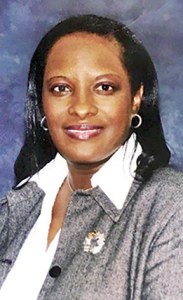 “I’d like to make a motion that we rescind the termination of Dr. Chamblee effective immediately,” said Burnette when the Board returned to open session following a closed session for personnel matters.

Marjorie Edwards provided the second. The vote passed 5-1 in favor of Burnette’s motion.

After the vote, there was no discussion amongst the board members about the decision to bring back the former superintendent who was close to concluding her first year in the position before her contract was cut short at a special called meeting on June 18.

At that meeting, Board members Clinton Williams and Richie Harding, whose terms on the Board concluded on June 30 after a failed reelection bid in March, both said that Northampton County Schools needed a change. They did not elaborate on reasoning for the decision, though Harding did briefly cite a lack of trust along with issues with the budget proposal and employee treatment.

The vote to terminate Dr. Chamblee’s contract at the June 18 meeting was 5-2 in favor with only Taylor and M. Edwards voting against the decision. Harding, Williams, L. Edwards, Keedra Whitaker, and Lloyd Pitman all voted to end Chamblee’s time with the district.

Whitaker’s and Pitman’s terms on the Board also concluded on June 30. Whitaker was defeated in her reelection bid back in March while Pitman chose not to seek another term.

The July 1 swearing-in ceremony for the new Board members was held in the parking lot of Central Elementary school to allow family and friends to attend while also following social distancing guidelines. Each member was given a few minutes to address the crowd following the oath of office, and Burnette chose to recognize Dr. Chamblee at the end of his speech, calling her up to stand with him at the podium.

“I want to make a clear apology to you for the wrong that was done to you,” he said. “I stand here saying that we apologize to you and we need you to lead our children into the 21st century.”

Burnette also noted Chamblee’s leadership during the ongoing pandemic, and thanked her for her work.

Following Burnette’s comments, Stephenson spoke briefly to say she didn’t have a problem with Burnette’s actions, but she didn’t want him to speak on behalf of everyone without discussing it first.

“We means ‘all of us,’ and I have not had a conversation with him as far as what he was going to do,” Stephenson said. “But I just want the public to know that not one of us can represent all of us unless it is Rhonda Taylor who is currently the chairman of the Northampton County School Board. I just want to make that clear.”

“We are here for these children. Not politics, but for our kids. No hard feelings,” she concluded.

The News Herald spoke to Dr. Chamblee on Thursday, and she expressed gratitude for the support she’s been given in light of the turn of events.

“I want to thank the citizens of Northampton County for standing strong and for supporting me. It’s a privilege to work in Northampton County and serve the students. I’m very appreciative of the fact they trust me to help lead and guide the district,” she said.

Following her termination in June, Chamblee said she had been inundated with messages of support and many said they wanted to set things right.

“I vow to continue to stay focused working on the work just as I’ve always done. I’m not going to let this deter me from giving this my best,” she continued, emphasizing that the focus should remain on the students of the district.

“I’m not looking in the rearview mirror,” Chamblee concluded.

With almost 30 years of experience in education, Chamblee began her career initially with Hertford County Schools. She previously spent 12 years employed by Northampton County Schools, serving in various capacities including the principal at Willis Hare Elementary, Conway Middle, and the former Northampton High School-East when both of the county’s high schools merged into one. She later worked with Halifax County Schools as their Executive Director of School Transformation.

Chamblee first stepped into the role of superintendent in April 2019 as the interim following the resignation of the previous superintendent. By August, the Board had agreed to drop the “interim” from her title and name her the full-time superintendent.