WRIGHTSVILLE BEACH, NC – Marjorie Taylor Way of Wrightsville Beach died peacefully at her home on June 20, 2020. She was born on April 19, 1942 in Hertford County, NC to William Thomas Taylor Jr. and Cora Newsome Taylor. She was the fifth of ten children in the Taylor household who all helped out on the family farm as they grew up. 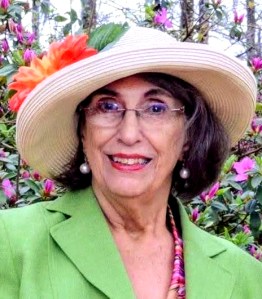 She graduated from Murfreesboro High School and earned a degree in Grammar Education from East Carolina University in 1964. Marjorie’s career began in the fall of 1964 when she began working for the New Hanover County Schools, first as a classroom teacher then later teaching in the Gifted and Talented Education Program.   She also acquired while still teaching a master’s degree in Interdisciplinary Studies in 1978 and an Administrative Degree in 1988, both at UNCW. She was the Gifted Coordinator at Roland Grise Middle School and was later Assistant Principal at Roland Grise, retiring in 2003.

Marjorie was a very outgoing person with many friends and interests. She was a promoter and tireless worker for many organizations in her home county, Wilmington, and Wrightsville Beach. After her retirement she helped to restore the Taylor Family Cemetery located on Parker’s Ferry Road in Maney’s Neck Township. She also helped raise funds for the restoration of the steeple of the Buckhorn Baptist Church in Como, NC where she grew up. She started a fund for trees in the cemetery there and was instrumental in getting several trees set.

Marjorie was appointed by the Governor to the Historic Murfreesboro Commission. She was a member and past president of the Cape Fear Garden Club and served on the Board of Governors of the Elizabethan Gardens in Manteo, NC; served on the board of the Brigade Boys and Girls Club; was a member and past president of the Wilmington Kiwanis Club; president of the Wrightsville Beach Museum; chair of the Wrightsville Beach Landmark Commission; and a member of the Stamp Defiance Chapter of the NSDAR. She was a longtime board member and Vice President of the Lower Cape Fear Historical Society at the Latimer House where she also wrote grant applications to restore the historic Latimer House, and was membership chair. She also chaired the very successful annual Shrimperoo and negotiated with home owners yearly since 2013 to secure their homes for the Candlelight Tour. During her many years in Wilmington, she was a member of First Presbyterian Church where she served as a deacon.

The funeral service and burial will take place at Buckhorn Baptist Church on Highway 258 in Como, NC. Further arrangements as to the date and time are incomplete but will be announced when known in this newspaper.

Condolences may be shared with the family at www.andrewsmortuary.com.