CONWAY, NC – John Alton Brown passed away unexpectedly on June 17, 2020 at his home in Conway. He was a native of Northampton County and was the son of the late James Elmer “Doc” Brown and Margaret Lambert Brown.

Alton, the name he went by, drove a truck for Georgia Pacific Corporation for over 30 years and received his 3 Million Mile Award as a Driver for the Corporation. His memberships included Conway Baptist Church, Conway Ruritan Club, and was a former member of the Conway Volunteer Fire Department. 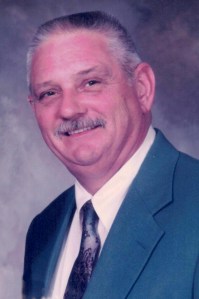 Alton had been preceded in death by his parents, James Elmer “Doc” Brown and Margaret Lambert Brown; a brother, Kenneth W. Brown; and a sister, Betty L. Brown.

A Graveside Service for Alton will be held on Monday, June 22, 2020 at 11:00 a.m. in the Beechwood Cemetery in Boykins, Virginia and the family has requested that in lieu of flowers, remembrances of Alton be made to the Conway Baptist Church.

Bridgers Funeral Home, Inc. in Conway is in charge of arrangements. Online condolences may be shared with the family at www.bridgersfuneralhome.com.