JACKSON – After only a year in the position, Dr. Pamela Chamblee is no longer the superintendent of Northampton County Schools.

The decision was made at a Northampton County Board of Education meeting held virtually on Thursday, June 18. In a 5-2 vote, the Board terminated Chamblee’s contract effective immediately. 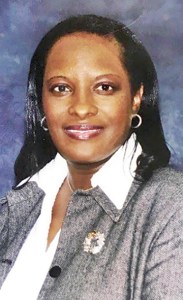 “Some feel that she’s doing a good job, but the majority felt like she was not taking them the direction that they wanted,” said Board Chair Rhonda Taylor, speaking to the News Herald on Friday.

Board member Clinton Williams motioned for the termination, which was then seconded by Richie Harding.

During the discussion before the vote, Harding mentioned several concerns as the reasoning behind the move. He cited a lack of trust as well as issues with the budget proposal and employee treatment, though he did not elaborate any details on these subjects.

“A change is needed. I’ll leave it at that,” Harding concluded.

“There are changes that need to be made in Northampton County,” Williams added.

Before the vote, Taylor spoke up in favor of Dr. Chamblee, noting that they really should follow the usual process and evaluate her work after a full 12 months, especially after having to deal with something unprecedented like the ongoing COVID-19 pandemic.

“I think this is harsh,” she stated.

Taylor as well as Marjorie Edwards cast the dissenting votes. Harding, Williams, Lucy Edwards, Keedra Whitaker, and Lloyd Pitman all voted in favor of the motion to terminate her contract.

Following that vote, a second motion was made by Harding to make the termination effective immediately. That passed with a close 4-3 vote with L. Edwards, M. Edwards, and Taylor voting against the majority.

As a part of Dr. Chamblee’s severance, the Board agreed to pay her a year’s salary and benefits.

The board concluded their meeting by voting on a motion that would assign the superintendent’s responsibilities to Assistant Superintendent Kelvin Edwards until June 30.

With almost 30 years of experience in education, Chamblee began her career initially with Hertford County Schools. She previously spent 12 years employed by Northampton County Schools, serving in carious capacities including the principal at Willis Hare Elementary School, Conway Middle School, and the former Northampton High School-East when the county’s two public high schools merged into one. She later worked with Halifax County Schools as their Executive Director of School Transformation.

Chamblee first stepped into the role as Northampton’s interim superintendent in April 2019 after the resignation of Dr. Monica Smith-Woofter. A few months later, the Board dropped “interim” from Chamblee’s title to make her position as superintendent of the district official.

Taylor told the News Herald on Friday that she was disappointed in the decision and had received phone calls from other citizens expressing the same sentiments. She also praised Dr. Chamblee’s response to the pandemic, noting that the school district was one of the first to start serving meals to students after schools were shut down in mid-March.

“She’s just not been given the opportunity that other previous superintendents have been given,” Taylor said.

Four seats on the county’s Board of Elections were on the ballot earlier this year. Harding, Williams, and Whitaker all had unsuccessful reelection bids. Pitman chose not to run for another term.

The new board members who will be sworn in next month include Tony Burnette, Theresa Scott, Barbara A. Stephenson, and Josephine Tyner Dunn.