Arrest made in thefts of all-terrain vehicles

JACKSON – The person allegedly responsible for a series of thefts that began in September of last year involving 4-wheelers & dirt bikes has been arrested. 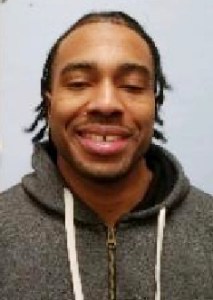 Sheriff Smith said NCSO Sgt. D. Shephard began an investigation into the larceny of 4-wheelers & dirt bikes on Sept. 8, 2019. Over the course of the ensuing eight months there has been numerous victims of approximately seven thefts investigated by Sgt. D. Shephard linked to the suspect.

Over the course of the investigation, Sgt. Shephard was able to identify and obtain warrants on Creekmore. Those warrants were served May 29 by the Roanoke Rapids Police Dept.

Sheriff Smith commended Sgt. Shephard for his “diligent effort, persistence, and hard work in these investigations.” Anyone who is a victim of a larceny or any crime is encouraged to contact the Sheriff’s Office or their local agency.

Sheriff Smith urged the importance and safety of individuals to use extreme caution with any transactions of ATV’s and dirt bikes to unknown subjects. Never allow anyone to test drive your items before any finalized transactions.

He also encouraged individuals making transactions to always meet in a secure location and be aware of counterfeit money.