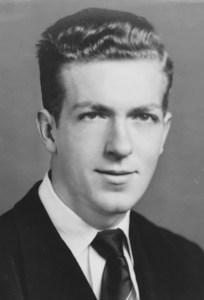 Dr. Brown is survived by a devoted and loving daughter, Gwendolyn Myrtle Brown of San Francisco, CA and many loving nieces, nephews and cousins.

Dr. Brown graduated from Rich Square High School in 1950 where he played football and was an excellent student. He attended North Carolina State University then transferred to the University of North Carolina at Chapel Hill, graduating in 1955. He graduated from UNC medical school on June 1, 1959. Dr. Brown completed his residency at South Side Hospital in Pittsburgh, PA followed by many years of study in neurological surgery in preparation for his life-long practice of medicine in the New York City area.

Dr. Brown travelled the world, spoke a myriad of languages, and his love of science, mathematics, the arts, reading, research and his family was infectious. An accomplished pianist, he enjoyed playing classical music and also played the big band sounds in orchestras on the east coast in his youth. May his many gifts to the world, including his generosity and his kind, compassionate and common sense approach to medicine, live on as his legacy through his family and the many lives he touched. He will be greatly missed.

Memorial contributions may be made to a charity of one’s choice. A celebration of life and memorial are pending.