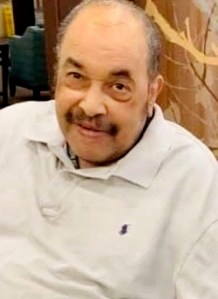 Charlie was educated in Hertford County, NC Public School System and was known to be a jack of all trades, a man with many hidden talents. He started his early adult years in farming under the tutelage of his maternal grandfather, James Louis Dukes. He was a carpenter, mechanic, Ford Motor Company, car carrier transport, tow truck operator, chef, entrepreneur and more. Upon retiring, he began working for himself doing home repair and renovating homes. You could often find him running errands, care giving, and working for the elders in Philadelphia, PA. He had a passion for cooking and for racing cars.

On October 26, 1959 he married Pauline Ballard and from this union four children were born: Calvin Alvester, Ernestine Marie, Clinton Leroy, and Linda Denise Jenkins. Later he met and married Myrtle Elizabeth Ayers on October 14, 1974 and from this union one child was born: Roddrick D’Shawn Jenkins.

Charlie was a quiet and laid back, one of few words yet meant what he said. He revered and loved both of his maternal (James Louis and Emma E. Riddick Dukes) and paternal (Massellion “Marcellus” and Blannie Ethel Lassiter Jenkins) grandparents.

A graveside service will be conducted Saturday, June 13, 2020 at 3:30 p.m. from the Lewis – Lassiter Family Cemetery with Elder Roddrick D. Jenkins, Sr., officiating.