RALEIGH – Erica Smith said she is tired of being harassed and is calling upon the leadership of the North Carolina General Assembly (NCGA) to put a stop to her years of growing frustration.

Smith, a Northampton County Democrat who represents District 3 in the North Carolina Senate, alleged in a press release sent Thursday afternoon that she had “endured being repeatedly yelled at, cursed out, bullied and badgered by both Republican and Democratic members of the NCGA since 2015.” 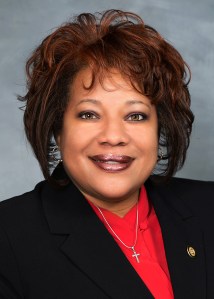 Smith alleged that the harassment reached a boiling point on Sept. 11, 2019 while she was attending a Senate subcommittee meeting.

“I was violently confronted by Senator Paul Lowe and was found to be the victim of simple assault by the NCGA Police,” Smith said in the release.

Lowe is a Forsyth County Democrat who represents District 32.

“This broken process required me to report the incident to Senate Leaders – President Pro Tempore, Senator Phil Berger, the Senate Democratic Leader, Senator Dan Blue, and the Legislative Ethics Committee (LEC) on appeal of any disposition from the Leadership. I was retaliated against at every step in my efforts to seek address and resolution of harassment concerns,” Smith noted.

According to a story filed at www.wral.com, the LEC dismissed her complaint when it met last week.

WRAL also reported that Smith alleged harassment and filed complaints against other legislators, to include Senator Toby Fitch (a Wilson County Democrat), Senator Mike Woodard (a Durham County Democrat), and Senator Jerry Tillman (a Randolph County Republican). She asked for Fitch and Lowe to be expelled from the Senate and for Woodard and Tillman to be censured for their actions.

Smith called her dealings with the LEC an “inherently flawed reporting process.”

“In its origin, the LEC was crafted for protection of NCGA members,” she said in the press release. “It is made up entirely of NCGA members to judge the conduct of NCGA members. In the process, I faced stalling tactics, an utter lack of will to address the egregious actions of colleagues, and disregard for my experience.”

She added that the LEC ultimately only sent letters of caution to the perpetrators, “despite having multiple witness statements, and a police report confirming the

“The ultimate decision from the LEC is unconscionable. When no one is held accountable, their behavior is emboldened and harm is perpetuated,” Smith said.

Smith stressed in her press release that every person deserves dignity in their work.

“We must address this with transparency and accountability to achieve a more just, equitable, fair, and stronger legislature – and in every workplace across our entire

Smith added that she will host a virtual public forum at 6 p.m. on Wednesday, June 3 to “discuss her experience in depth and provide more witness statements to the sexual, verbal and physical harassment suffered by victims at the

NCGA and the measures that the institution has taken to cover it up and silence voices.”

Those wishing to listen to that public forum are invited to register at https://unc.zoom.us/meeting/register/tJUpde2ppjstHtycCFhZe5QaD3MxrvZueQ7-

AHOSKIE – A new baseball league has formed and includes a team from the Roanoke-Chowan area. The RC Twin Rivers... read more