WINTON – Three individuals are jailed here under a combined $350,000 bond following their arrests for allegedly breaking into and committing larceny at four Hertford County churches. 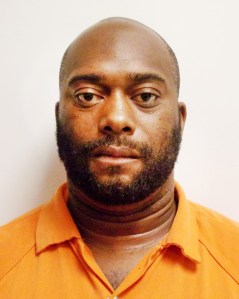 All three suspects were scheduled to make their initial appearance in Hertford County Criminal District Court on May 29.

Hertford County Sheriff Dexter Hayes said the rash of B&E’s at local churches began Sunday, May 10 at Oak Grove Baptist Church, located on NC 11 just north of Aulander. There, Hayes said upon the arrival of the church pastor that morning it was discovered the building had been broken into. A walk-through of the church revealed several items were missing, to include a TV, DVD player, laptop computer, and a musical soundboard.

Six days later (May 16), Hayes said his office was notified of a break-in at Zion Grove Baptist Church, located on NC 561 just west of the St. John community. There, the pastor said entry was made and a TV, laptop computer, and a camera monitoring system were stolen. 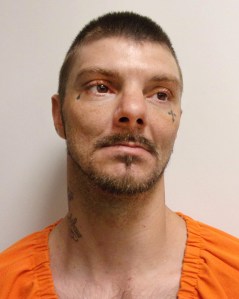 The crime spree continued May 18 at Pleasant Grove Baptist Church, located on Pleasant Grove Road off NC 561 a few miles east of Tri-County Airport. Sheriff Hayes said that incident began with the church parsonage being broken into, but nothing was reported missing. When the responding deputy checked the entire property, he discovered forcible entry had been made into the church from where a TV was stolen.

Additionally, the Hertford County Sheriff’s Office has charged two others for stealing catalytic converters off a church-owned passenger van located on the grounds of Menola First Baptist Church on Benthall Bridge Road.

Warrants were drawn May 16 for the arrests of Isaiah Forsythe and Andrew Warren (the ages and addresses of both men were unavailable). They were charged with injury to property obtaining nonferrous metal, larceny, and possession of stolen property.

A deacon at Menola First Baptist discovered the converters were missing May 1 and contacted the Sheriff’s Office. It was estimated that it would cost $300 to replace the stolen converters. 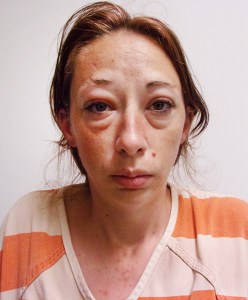 The ensuing investigation led Hertford County Sheriff investigators to the Bertie County Jail where they learned an individual, later revealed as Forsythe who was incarcerated there, had knowledge of the incident.

Sheriff Hayes stated Forsythe was interviewed and admitted to the crime, saying he stopped at a church in Hertford County and cut off one catalytic converter from a Chevrolet van and returned the next day with his nephew (Warren) and removed a second converter.

Forsythe admitted selling the stolen converters for $120 to a man from Colerain.

“Mr. Forsythe admitted to my investigator that he went to over 20 churches looking at different vehicles and even looked at vehicles that were parked on the side of several roads, but he did not cut off any other catalytic converters from vehicles parked at any other churches in Hertford County,” Hayes said.

“I thank Bertie Sheriff John Holley and his staff for their assistance in helping us solve our case,” Hayes added.