Kathryn was a native of Murfreesboro, NC, and was a daughter of the late Paul Douglas Payne and Katie Boyett Payne. She was also predeceased by a son, Frank R. Parrish, Jr., three sisters, Margarite Pierce, Alice McDonald, and Eleanor Williams, and a brother, Fred Payne. 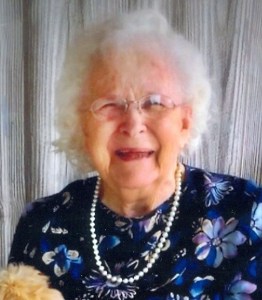 Kathryn was a graduate of Murfreesboro High School and attended Chowan College. She was a devoted Christian and a member of Victory Baptist Church in Courland.

The family would like to thank the staff of Accordius Health at Courtland and her hospice nurse, Joyce.

A Going Home Celebration will be held at 2 p.m. on Monday, June 1, 2020 at Riverside Cemetery in Murfreesboro with Pastor Chris Wallace officiating.

The family suggests that memorial donations be made to Courtland Rescue Squad or Courtland Fire Department.