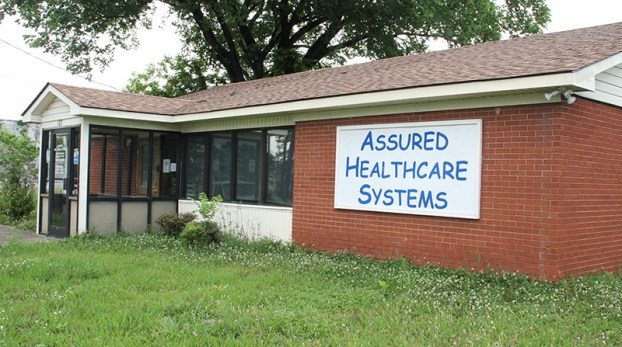 This business office located on East First Street in Ahoskie was allegedly used to bill North Carolina Medicaid for millions of dollars in fraudulent claims. Staff Photo by Cal Bryant

RALEIGH – A Las Vegas couple faces the rest of their lives behind bars if convicted on charges they face in a multi-million dollar Medicaid fraud scheme that has several ties to the Roanoke-Chowan area.

Latisha Harron, also known as Latisha Reese Holt, age 44, and her 50-year-old husband, Timothy Mark Harron, were named in a superseding indictment entered May 19 by a federal grand jury.

The Harrons were indicted on the following charges:

Conspiracy to commit healthcare fraud and wire fraud, which carries a maximum punishment of up to 20 years in prison;

Healthcare fraud (a maximum punishment of 10 years in prison);

Fifty-four counts of wire fraud (each carrying a maximum punishment of 20 years in prison);

Six counts of aggravated identity theft, each of which carry a maximum punishment of not less than, nor more than, two years in prison (consecutive to other sentences);

Conspiracy to commit money laundering (a maximum punishment of 10 years in prison); and

Eleven counts of conducting transactions in criminally derived property with fraud and money laundering (each carrying a maximum punishment of 10 years in prison).

“This case represents one of the most brazen and egregious cases of home health Medicaid fraud ever seen in this district,” commented U.S. Attorney Robert J. Higdon, Jr. “The indictment alleges a $13 million fraud that funded a gluttonous, social media-marketed lifestyle – one filled with private jets, penthouses and luxury resorts.

“Most reprehensible is the fact that this crime is alleged to have been carried out on the backs of our most vulnerable: the poor, the deceased, the elderly, and the disabled. Even in the face of a global pandemic, this office will continue its work to ensure that defendants like these will be held to fully account for their actions,” Higdon added.

According to the indictment, the couple worked together to carry out a massive fraud upon the North Carolina Medicaid Program (“NC Medicaid”) by billing the government for fictitious home health services. They then worked together to launder the proceeds of the fraud into, among other things, a private jet, luxury jewelry and clothing, and properties in Ahoskie (Assured Healthcare Systems, LLC, located at 107 East First Street), Rich Square (a .35 acre tract with a structure located at 225 North Main Street), and Conway (a .27 acre tract of land located at 175 Doolittle Mill Road).

In a later statement, Higdon alleged that the bulk of the fraudulent billings were transmitted from the corporate headquarters of Mr. Harron’s company, Assured Healthcare Services of Ahoskie. He was listed as the president of the company.

Higdon added that Assured had no real revenue. Instead, the money made allegedly came from the fraudulent billings to NC Medicaid.

The federal investigation revealed that in 2010, Latisha Harron had created and was operating Agape Healthcare Systems, Inc., an alleged Medicaid home health provider in Roanoke Rapids. The indictment alleges that to enroll Agape as a Medicaid provider, Latisha Harron fraudulently concealed her prior felony conviction for identity theft.

In a follow-up question posed by the Roanoke-Chowan News-Herald, federal officials said Latisha Harron was a native of northeastern North Carolina with ties to Ahoskie and Roanoke Rapids.

The indictment then alleges that in 2012, Latisha Harron moved out of North Carolina to Maryland. Despite that move, she continued to bill NC Medicaid as though Agape was providing home health services to North Carolina recipients.

It’s alleged by the indictment that the couple then worked together to expand the Agape fraud upon NC Medicaid, by fraudulently billing the program for more than $10 million, just in the period between 2017 and 2019.

The fraud, according to the indictment, was allegedly carried out by the couple exploiting an eligibility tool that was entrusted only to NC Medicaid providers. Specifically, the Harrons searched publicly available sources, such as obituary postings on the internet by North Carolina funeral homes, to locate recently deceased North Carolinians.

The Harrons would extract from the obituary postings certain personal information for the deceased, including their name, date of birth, and date of death. Then, utilizing the extracted information, the Harrons would then query the NC Medicaid eligibility tool to determine whether the deceased individual had a Medicaid Identification Number. If the deceased North Carolinian had a valid number and was otherwise eligible for Medicaid coverage during their life, the Harrons would use that individual’s identity to “back-bill” NC Medicaid, through Agape, for up to one year of fictitious home health services that were allegedly rendered prior to the death of the individual.

NC Medicaid then disbursed millions to Agape, all of which flowed into accounts controlled by the Harrons.

The indictment alleges that the Harrons carried out the fraud via the internet from locations around the globe, including their corporate office building in Las Vegas, their penthouse condominium in Las Vegas, a corporate office in Ahoskie, and from various hotels and luxury resorts in and outside of the United States.

Those items are part of a forfeiture notice in the indictment, which also includes, among other things, a 2017 Aston Martin DB 11 sports vehicle, a wine and liquor collection, a 2016 Ford F-150 Supercrew truck, and nearly $9.6 million in total gross proceeds.

“Stealing taxpayer money from a health care program designed to care for the poor and disabled just to bankroll a private jet and other luxury products – as alleged in this case – is reprehensible,” said Special Agent in Charge Derrick L. Jackson of the HHS Office of Inspector General. “Our hardworking investigators and law enforcement partners are committed to making sure such greed-fueled fraud is uprooted and those who commit it are held accountable for their actions.”

Special Agent in Charge Matthew D. Line, of the IRS, Criminal Investigation stated, “We are pleased with today’s indictment of Latisha and Timothy Harron as a result of the collaborative efforts of our law enforcement partners. The egregious acts allegedly carried out by the Harron’s in this case will not be tolerated. IRS-CI will continue to use our financial expertise to expose and bring to justice those who line their pockets by committing fraud against the healthcare system.”

The press release stressed that an indictment is merely an accusation. The defendants are presumed innocent until proven guilty.