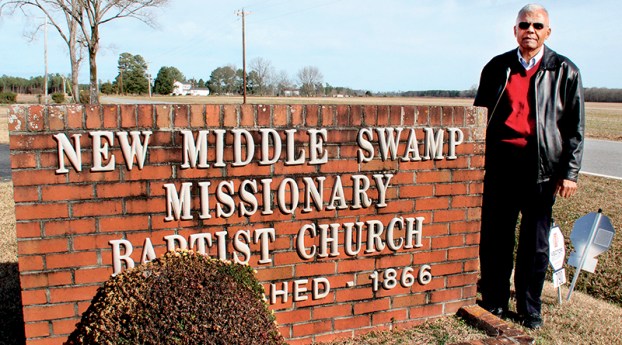 The novel coronavirus (COVID-19) has introduced everyone to a world of new: new laws, new approaches, and new challenges.

After new restrictions on gatherings of more than 10 people, religious leaders have turned to other ways to worship, including live streaming, drive-through confessions, and parking lot services.

Phase 1 eased restrictions for businesses and retailers. It allowed an increase in operation from 20% to 50% of their occupancy limit.

Although there was an update allowing outdoor gatherings of more than 10, the lack of updates to indoor services led to legal action from religious groups.

There will be a federal hearing for the preliminary injunction in Raleigh May 29. Although there’s a temporary lift on the ban, local churches in the Roanoke-Chowan area are airing on the side of caution.

“Even though we have the freedom to do so, I think it’s too early right now,” Pastor Jarvis Parker of Ahoskie’s Soul Saving Station said. “We’re just going to wait and listen to Roy to move forward. We don’t want to put people’s lives in jeopardy because of our beliefs and our love for God.”

Soul Saving Station has been hosting parking lot service that are streamed live on Facebook. Although it’s not the traditional gathering, it’s still been encouraging for members to come together moving forward, Parker said.

Similar to Pastor Parker, Pastor Carol Taylor of the Milwaukee Charge Appointment in Northampton County is also sticking with the current, no-contact services.

“Our Bishop and I totally agree with Roy; now is not the right time,” she said.

Taylor oversees four churches in the NC Conference of the United Methodist Church. Although some of her churches are smaller than others, she thinks it’s best to keep all of their activity on the online YouTube live platform for now.

“But as soon as they give us the go-ahead to put everybody in doors, we are prepared with masks, the churches have been sanitized and they will be re-sanitized, the hymnals will be removed,” Taylor said. “We’ve got the steps taken and we are ready to go back and soon as we’re told to go back.”

According to an article by the Carolina Journal, the lawsuit leading to the judge’s order came from religious groups who felt the governor’s “unequal treatment was a violation of their First Amendment Rights.”

Cooper’s original order prohibited mass gatherings under Section 6(A), which also stated, “Mass gatherings do not include gatherings for … worship, or exercise of First Amendment rights … However, in these settings, people must follow the Recommendations to Promote Social Distancing and Reduce Transmission as much as possible.”

Pastor Shelton Barnes of Cedar Landing Baptist Church in Windsor has been hosting virtual, live sessions, and recently implemented a twice-a-month parking lot service for those who may not have access to the online service.

With a congregation that floats around 50, Barnes mentioned offering an in-person service that will still observe social distancing and the use of masks in the next week. Although physically gathering has been difficult, he has urged his members to uphold a sense of community.

“More importantly, now I ask that they pick up the phone and check on each other and make sure they are doing well, especially senior citizens and the ones that live by themselves,” he said.

Pastor Tim Parker of Ebenezer Assembly of God near Aulander also plans to offer a modified, inside service with social distancing, and an overflow room for his congregation of approximately 50.

“We’ll just try to do the social distancing, and we won’t have any touching; no handshaking or any of that,” Parker said. “That’s the hardest part with the church: Everybody’s usually hugging and shaking hands. We can’t do that now so, that’s something we’re going to have to get used to.”

Governor Cooper disagrees with the judge’s restraining order. His reasoning for keeping the ban is to prevent large indoor religious services from becoming “hotpots” for spreading the virus.

Many local pastors with larger congregations agree. Reverend Dr. Claude Odom preaches to a congregation of over 100 every Sunday at New Middle Swamp Baptist Church in Gates County.

“[The order] doesn’t suggest that it’s safe enough to go back in until we can do something that ensures the safety and well-being of our congregation is protected,” Odom said. “One person could come in and we don’t know they have the virus, and expose everyone to it.”

Higher Ground Church has an active membership of over 200. Rev. Ray Faircloth Jr. said they are following the governor’s orders and awaiting announcement of Phase 2 before proceeding with returning to inside worship service.

The conflict from the original order comes from the governors’ bar of indoor services unless “worship was deemed ‘impossible’ or against the tenets of a particular faith.”

With this in mind, Pastor Faircloth called on the words of his father, Ray Faircloth Sr. –-lead pastor of Higher Ground Church in Ahoskie— to reassure church-goers during this time of uncertainty.

“Our Pastor stated in his sermon Sunday morning, ‘the governor has not asked us to stop worshipping God,’” Faircloth Jr. began, “’what we have been asked to do is use caution, use common sense, and be careful.’”

Although the time of COVID-19 has been difficult for many, the local churches are enduring the changes; doing whatever is best for their members while holding fast to their faith.

North Carolina moved into Phase 2 of reopening on Friday (May 22) and that comes with good news, particularly for... read more