MURFREESBORO, NC – Richard A. “Ted” Braxton, 79, a long-time resident of Murfreesboro, NC, slipped away from his earthly home in the early hours of the morning on Wednesday, May 20, 2020 surrounded by family in the comfort of his home. Ted was predeceased by his parents, Mark F Braxton, Sr. and Mary Elizabeth Parker Braxton. 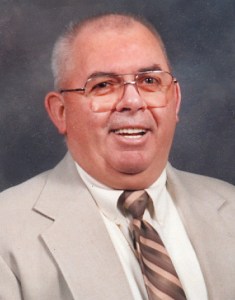 Ted retired from Union Camp after thirty years, where he formed lifelong friendships and made many lasting memories during his time there. Ted also enjoyed working at Murfreesboro Farms where he was an employee for many years. He was a member of Mt. Tabor Baptist Church.

In his younger years, Ted enjoyed the great outdoors. He could often be found hunting, fishing, having one of his infamous pig pickin’s, working in his prize-worthy garden, or tending to one of his many beloved animals. Ted never met a stranger and would sit down and talk to anyone he came across. In his later years his days were filled with golf cart rides and rocking babies. His love for his children, grandchildren, and great grandchildren never went unnoticed. Ted will be greatly missed but his memory will be carried on by his family and the many friends he made along the way.

A memorial service will be held at a later date.

In lieu of flowers, memorial donations can be made to the American Heart Association or Mt. Tabor Baptist Church, Ahoskie, NC.