BAYVIEW, NC – Mr. Maxey Thomas Bunch, age 85, a resident of Croatan Avenue, Bayview, died peacefully with his wife by his side on Wednesday, May 13, 2020 at Vidant Medical Center in Greenville.

A small memorial service will be held 11:00 am Saturday, May 23, 2020 outdoors at the Bath Christian Church columbarium. Social distancing guidelines will be followed. Friday evening from 6:00 pm – 7:30 pm, the family will be available to receive visitors outdoors on the covered back deck of the family home in Bayview. Again, we will be following social distancing guidelines. 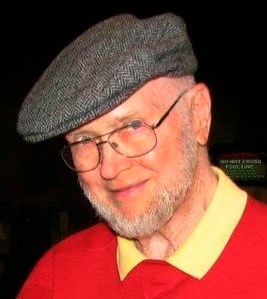 Maxey was born in Gates County, NC on November 2, 1934. He was the son of the late Thurman Glenn Bunch and Mary Viola Harrell Bunch. In his youth, Maxey was a farm hand and later worked at a paper mill in Virginia. He served as a clerk in the U.S. Army from 1953 to 1955 in Germany and France, shutting down WWII Army bases.

Maxey met his wife, Nancy Adair Brown, when she was in high school and they courted throughout her college years. They married on June 25, 1961 and settled in Norge, Virginia when Maxey began working at the oil refinery in Jamestown.

Relocating to Bath, NC in 1966, Maxey was a long-time member of Bath Christian Church, where he served as a deacon for many years. After nearly thirty years, Maxey retired as a general foreman from the company formerly known as Texasgulf. In early retirement years Maxey and Nancy traveled across the country several times, covering nearly all of the United States. He was notorious for his meticulous pre-trip planning and highlighting routes on maps. He truly loved capturing the beauty of our country in photographs and sharing his memories with loved ones.

One of Maxey’s favorite hobbies was working in his yard and he took great pride in keeping his lawn and flowers immaculate. He was well-known for his lush, green grass and camellias in the winter, beautiful azalea beds in the spring and his red geraniums in the summer.

In addition to his parents, Maxey was preceded in death by his brother, Thurman Lee Bunch.

Online condolences may be offered to the family by visiting www.paulfuneralhome.com

Paul Funeral Home & Crematory in Washington is honored to serve the Bunch family.