GREENVILLE – An Ahoskie man wanted for an April 10 murder in his hometown was arrested here Wednesday. 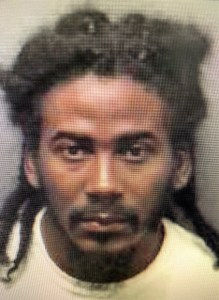 Barnes stands charged with first-degree murder in the death of Taiwan Deshawn Williams, age 35 of Ahoskie.

Asbell said Ahoskie Police officers found Williams lying in the street, suffering from gunshot wounds, in the 500 block of Hill Street upon answering a call at 10:39 p.m. for shots fired in that area.

Williams was rushed to the hospital. He died April 15 at Vidant Medical Center in Greenville.

Meanwhile, an investigation headed by Ahoskie Police Detective Justin Farmer led him to identify Barnes as the alleged shooter and drew warrants for his arrest.

Barnes made his initial appearance on Friday, May 8 in Hertford County Criminal District Court. He remains jailed under no bond.

As the state moves forward in an attempt to restart the economy, the number of confirmed COVID-19 cases continue their... read more