JACKSON – One week after initiating their search for a suspect wanted for attempted murder, the Northampton County Sheriff’s Office has made an arrest in the case.

Marquice Lashawn Williams, age 28 of Rich Square, turned himself in to authorities at the Sheriff’s Office in Jackson on April 30. 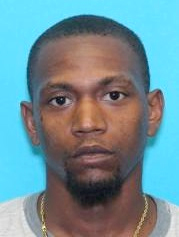 Williams was served outstanding warrants by NCSO Lt. Alan Roye on the charges of attempted murder, and assault with a deadly weapon [with] intent to kill inflicting serious bodily injury.

He received a 48-hour domestic hold in addition to being held under a $150,000 secured bond.

Williams is scheduled to make his initial appearance on May 21 in Northampton County Criminal District Court.

NCSO deputies and investigators responded to a location outside of Rich Square shortly after 10 p.m. on Thursday, April 23 for a reported shooting. Upon arrival and investigation, officers discovered a 25-year-old female was shot multiple times.

Williams allegedly shot the female after some type of disagreement and he fled the scene before the arrival of officers.

“This is an unfortunate situation that could have been avoided,” stated Sheriff Smith. “Violence is never the best outcome and everyone should always seek a peaceful resolution.

“We at the Sheriff’s Office take cases of this nature very serious and we are pleased to have this suspect under arrest and off the street,” Smith added. “I encourage anyone that is a victim of domestic violence or any other crime to report it to the Sheriff’s Office or their local law enforcement agency.”