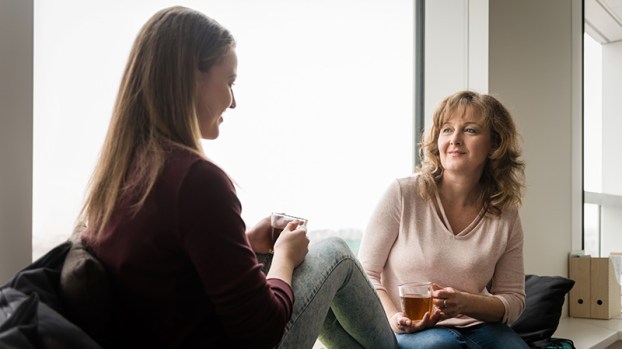 The current “stay-at-home” period is a good time for parents to engage their children in conversation about the impacts of alcohol consumption. Contributed Photo

In the midst of a global pandemic, many families find themselves spending more time together in order to follow stay-at-home orders to prevent the spread of the virus. Talk It Out NC is a statewide initiative that gives parents, or any adult, the tools they need to start conversations with kids and teens about avoiding alcohol while underage.

“A lot of people are spending time at home right now,” said Tamra Church, a Talk It Out Ambassador who covers eastern North Carolina. “And a lot of parents don’t feel like they are able to talk to their kids about it (alcohol). But we can still have these conversations now.”

Talk It Out’s mission is to reduce underage drinking by sharing facts about its dangers and equipping adults with the resources to have those important conversations. The organization was established by the North Carolina Alcoholic Beverage Control (ABC) Commission first under Gov. Pat McCrory and then Gov. Roy Cooper. 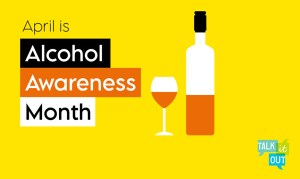 “A key piece of this is educating everyone about the true dangers of consuming alcohol and the underdeveloped brain,” Church explained. “It’s actually really concerning to me how many parents know there are dangers to underage drinking, but they accept the fact that kids are going to drink.”

Research shows that, on average, teens first try alcohol at age 14. But research also shows that teens tend to push off that first taste of alcohol for years if they’re having conversations about the substance with their parents.

“We know, based on the research, that kids do listen,” Church said.

It’s also helpful to continue to have those conversations more than once, especially as children grow older.

The kids are not only listening, but they’re watching as well. So another part of the Talk It Out initiative is to encourage parents to set a healthy example for alcohol use.

“We know when people get stressed and there are times of crisis, people tend to reach for alcohol,” Church explained, referring to the COVID-19 (coronavirus) pandemic as a current example. “Kids might not show it, but they’re just as stressed as the rest of us.”

She recommended families find ways to connect outside of using alcohol. As a personal example, Church shared that she and her teenage son have been finding new activities to do together—such as playing board games, going on bike rides, or trying new recipes—as well as continuing to follow a regular routine to help them get through the pandemic panic.

“I see this as a prime opportunity to really connect to our kids,” she continued.

It can be daunting for some parents to figure out how to bring the topic up in discussion, but the Talk It Out website (talkitoutnc.org) has a variety of information to help adults get started.

The website offers a wealth of tips on how to bring up the subject or what to say if the parent was an underage drinker too. Having lots of little talks and using everyday situations to make the conversation feel more comfortable can help as well.

“It shouldn’t be a lecture,” Church cautioned. “The kids need to be part of the conversation too.”

The website also shares research-based facts about the dangers of underage drinking. Some of those facts include statistics such as: more teens die as a result of alcohol use than all other illicit drugs combined; in NC, one person dies every week as a result of underage drinking; suicide attempts among heavy-drinking adolescents were three to four times greater than among nondrinkers; and 5.7 percent of seventh graders reported binge drinking in the past 30 days.

Church recognized that teens often want to push boundaries and they aren’t always going to listen, but educating them with the facts can ultimately help make an impact when teens are faced with the choice to drink.

Additionally, the website offers a “pledge” for parents and teens to promise to keep the conversation going. Church recommended printing the pledge and placing it somewhere easily visible as a reminder to follow it.

With April designated as Alcohol Awareness Month, it’s especially relevant now more than ever to start the conversation.

“Parents don’t have to have all the answers. Nobody has to be the expert,” she said. “We’re all human. We all mess up.

“But I think parents who are initiating this conversation are going to do just fine. Just keep those lines of communication open,” she concluded.

AHOSKIE – While the 2020 American Legion Senior and Junior Baseball season has been canceled due to safety concerns with... read more