Mauriel Turner of Franklin Drive was caught at a traffic stop in town at approximately 8:20 a.m. on Wednesday. He had nine warrants for his arrest in Southampton County, VA for the Intent to Sell and Distribute Heroin and Fentanyl. 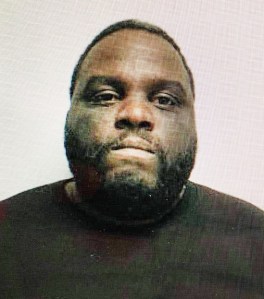 “He was transported to the Hertford County Jail where he was served a fugitive warrant, which means he will have no bond pending his extradition back to Virginia,” reported Murfreesboro Police Chief David Griffith.

Murfreesboro Police were assisted in the arrest by the Southampton County Sheriff’s Office, the Meherrin Drug Task Force, the Virginia State Police, the Ahoskie Police Department, and the Drug Enforcement Agency.

“Criminals don’t have jurisdictional boundaries like we do. It was such a combined effort. We couldn’t have got him without additional help from other agencies,” Griffith said, praising the hard work from everyone involved in the investigation.

“We started getting complaints [about Turner] about a year ago,” explained Griffith. “We all worked tirelessly on this case for the last year.”

The police chief said they were already in the middle of their investigation when a shooting occurred at a house party at Turner’s residence on Nov. 2, 2019. Griffith said that prompted them to speed up the investigation in order to stop the drug dealing and other associated criminal behavior.

“It was important to us to take this guy off the street and clean up the neighborhood,” he emphasized.

Wake up and heed the warnings