MUNCY, PA – Robert C. “Bob” Fringer, of Muncy Township, Pennsylvania, passed away on February 28, 2020 at home where he resided with his daughter’s family.

He was born May 24, 1933 in Danville, IL, a son of the late Harry A. and Mary E. (Parker) Fringer. Bob and his wife, Virginia “Jinny” (Lantz) Yocum were married on December 26, 1965 and lived a loving relationship until her death on March 17, 2017. They lived a number of years in New Jersey, moved to Pennsylvania and then moved to North Carolina where they resided for twenty six years until health issues brought them back to Pennsylvania to live with their daughter. 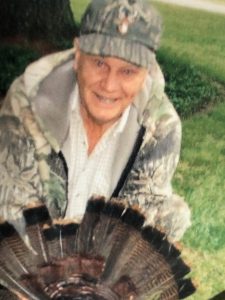 Bob received a Bachelor of Science degree with a major in Fish and Game Management from the University of Maine and a Bachelor of Science, majoring in Entomology and Economic Zoology from Rutgers University. He worked over thirty years for the New Jersey Department of Agriculture, starting as an assistant inspector and advancing through a number of different career positions until retiring as Director of the Division of Regulatory Services.

During his retirement years, Bob spent considerable time carving decorative duck decoys, dogs (retrievers), bears and small birds. He particularly liked hummingbirds. He also enjoyed carving and painting various species of flying ducks with detailed feathers and color. He gave them to his friends to use as Christmas tree ornaments. They were called “Fringer Fliers”.

Bob’s soul has now departed this earthly realm to meet his honey heart, Jinny. They can now enjoy the beauties of God’s creation together for eternity.

If friends so desire, contributions in Bob’s memory may be made to the University of Maine Foundation, 2 Alumni Place, Orono, ME 04469 or online at www.umaine.edu.