CHAPEL HILL – Yasemin Cole, a UNC School of Medicine student with local ties to the Roanoke-Chowan area, is among the 28 individuals chosen nationwide for the prestigious Gates Cambridge scholarship — a competitive fully funded scholarship for graduate study in any subject available at the University of Cambridge.

Cole is a multinational geneticist who sees the importance of genetics to the future of applied medicine and also has a passion for refugee health. Cole holds dual citizenship with Turkey and speaks Turkish and Spanish. 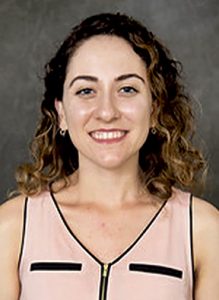 Cole was selected for this esteemed scholarship due to her academic track record, leadership and commitment to improving the lives of others.

“I am delighted that Yasemin’s hard work and talent are being recognized with this highly prestigious award,” said Icahn School of Medicine at Mount Sinai professor Anne Bowcock. “This should leverage her to research areas where she can truly help to improve the human condition.”

As a biology major and with minors in medical anthropology and chemistry, Cole graduated with highest distinction and induction into Phi Beta Kappa. As an undergraduate researcher at UNC-Chapel Hill and the National Institutes of Health, she gained an understanding of the biological mechanisms underlying disease, ranging from genetic therapies for diabetes (Anton Jetten Lab, NIH) to the circadian rhythms of tumors (Aziz Sancar Lab, UNC School of Medicine). It was through this work that she found her passion in cancer molecular biology and precision medicine. Her research work in Jeanette Cook’s lab at UNC School of Medicine culminated in a senior honors thesis on the phosphorylation regulation of Cdt1, a protein in the cell cycle. She has co-authored multiple articles in “Molecular Biology of the Cell” and “PLOS One.”

While an undergraduate in the Honors Program, Cole contributed to the Chapel Hill community by serving in organizations such as Carolina Pre-Medical Association, UNC Partners in Health and the Office of Undergraduate Research, earning the title of Buckley Service Scholar. She taught a seminar with the C-START program, which focused on the integrative nature of research and medicine. She was awarded the Chancellor’s Award for her teaching excellence.

Outside of medical coursework and clinical work, Cole is continuing her commitment to underserved populations and genomics education by volunteering at Student Health Action Coalition, working with refugee families with Refugee Community Partnership and leading DNA Day CONNECT.

As an NIH Oxford-Cambridge Scholar, Cole plans to study the genomic landscape of paragangliomas, pheochromocytomas and gastrointestinal stromal tumors at the NIH and the University of Cambridge in the labs of Zhengping Zhuang (National Cancer Institute) and Eamonn Maher (University of Cambridge). Through metabolic, epigenetic and functional genomic studies, she hopes to elucidate the biological underpinnings of these devastating neuroendocrine tumors, leading to advancements in prognostication and treatment.

She is a 2012 graduate of Wakefield High School in Raleigh where she was ranked in the top one percent of the class.

The citizens of Bertie, Hertford, Northampton and Gates counties owe a debt of gratitude to the people who thanklessly and... read more