Her memorial service will be held at 2 p.m. on Friday, March 6, 2020, at Munden Funeral Home in Morehead City, officiated by Pastor Darlene Morris.

Susie was a Girl Scout leader for years. She was very active in Meherrin Baptist Church in Murfreesboro until she moved to the beach. She loved the ocean and taking long walks at night. She also loved to travel with her best friend, Darlene. She joined the Red Hat Club and she loved her animals but most of all, she loved the good Lord. 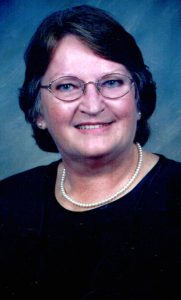 Flowers are welcome, or donations may be made in Susie’s memory to your local Animal Shelter.

Arrangements are by Munden Funeral Home and Crematory in Morehead City, NC.