His memorial service will be held at 3 p.m. on Sunday, March 1, 2020 at West New Bern Presbyterian Church, Lucerne Way, New Bern, officiated by Rev. David Fuentes. A reception will follow the service in the Fellowship Hall. 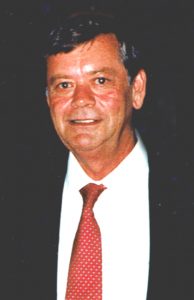 Tommy was born in the Menola Community of Hertford County, North Carolina on February 10, 1947. He graduated from Murfreesboro High School and Chowan College with a degree in Graphic Arts. He attended East Carolina University where he was a member of Epsilon Pi Tau, Honorary Fraternity. Tommy spent his entire career in the printing industry. He worked at The Daily Reflector in Greenville, Chowan College in Murfreesboro where he taught Graphic Arts, Owen G. Dunn in New Bern, Monte Printing in New Bern and Morgan Printers in Greenville. When Tommy retired, he would tell people that 45 years of “ink and paper” was enough.

Tommy was a member of Bern Lodge and was a Sudan Shriner.

He was preceded in death by his parents, Charles Thomas Nelson Sr. and Sarah Leigh Nelson; son, Chuck Nelson; and brother, Dale Nelson.