JEFFERSON, WI – Emma L. “Louise” Peffers, 87, of Jefferson, Wisconsin died on Friday, February 14, 2020 at Fort Memorial Hospital in Fort Atkinson with her family by her bedside.

Louise was born on December 6, 1932 in Edenton, NC, the daughter of Henry and Emma (Bullock) Brabble. She is a 1952 graduate of Edenton High School and soon after, she married William Hoppe and the couple moved to Wisconsin. Louise and William had 4 children and owned Paradise Bar in Helenville. The couple divorced after 23 years of marriage but remained very close. On July 4, 1986, Louise married Ted Peffers after 10 years of dating. Louise loved Ted deeply, even after his death in 2001. Louise enjoyed fishing and following the Chicago Cubs. She was a talented cook, making delicious fried chicken and other yummy treats. Louise was a southern, compassionate lady who put others needs before her own. She was a caregiver all her life, tending of her kids and family well. Louise was talented lady with a rare devotion to the ones she loved and she will be dearly missed. 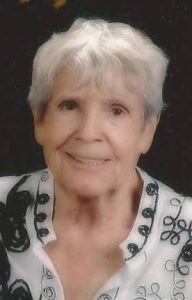 She is survived by her children, Janet (David) Literski of Jefferson, James Hoppe of Jefferson, Linda (Mike) Witucki of Jefferson, Cindy Hoppe of Milwaukee, WI, Michael (Connie) Peffers of St. Petersburg, FL, and Richard (Heather) Peffers of Floral City, FL; nine grandchildren; and 19 great-grandchildren; siblings, Henry (Barbara) Brabble Jr. of NC, Linda Fleetwood of AL, Hope (Richard) Williams of NC, and Sharon (Johnny) Hughes of NC. She is also survived by a number of other relatives and friends.

Emma is preceded in death by her parents, husband Ted, ex-husband William; brothers James and Johnny Brabble, sisters Esther Timme and a sister in infancy, and her grandson Michael Witucki (1982).

An Open House will be held from 2-6 p.m. on Saturday, February 22, 2020 at the Olsen-Gibson Funeral Home of Jefferson.

Olsen-Gibson Funeral Home is caring for the family. To place an online condolence, please visit www.olsen-gibson.com