One caught, one sought in Family Dollar heist

WINDSOR – Bertie County Sheriff John Holley announced Thursday that an arrest has been made in the Jan. 24 robbery of the Family Dollar discount store on Main Street in Colerain.

“Thanks to detective work and the cooperation of the Hertford County Sheriff’s office we were able to determine the two suspects involved,” Holley stated. 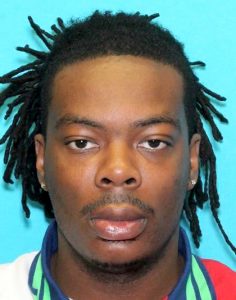 Holley said in a release that Dy’twan Chamblee and Ray’Quan Langford have been alleged as the two suspects involved in the robbery.

During a verbal exchange with the clerk on duty, one suspect discharged a gunshot from a firearm that ricocheted off the floor, striking the clerk in the arm where she sustained a small treatable wound to her forearm.

During their investigation, officers learned the two unknown male robbers left running on foot with an unknown amount of cash.

Holley says that on Feb. 7, Lt. Martin Phelps received information from the Hertford County Sheriffs Office that Dy’twan Chamblee had been detained. A warrant was then issued in Bertie County charging Chamblee with robbery with a dangerous weapon, conspiracy to commit robbery with a dangerous weapon, accessory after the fact of felony armed robbery, and larceny. Chamblee was returned to Bertie County and is currently in the Bertie-Martin Regional Jail awaiting trial on those charges under a $100,000 secured bond. 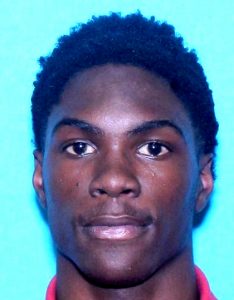 Sheriff Holley stated there are currently outstanding warrants for Langford for the robbery, and the Sheriff is asking that if anyone has seen or knows the whereabouts of this person to contact the Bertie County Sheriff’s Office at 252-794-5330. Langford is considered to be armed and dangerous.

Holley expressed his thanks to Lt. Phelps, Detectives Harris Williams, David Barmer and Ronald Rascoe for their hard work during this investigation. And he also said he would like to thank Lt. Thomas Helms and Det. Ben Oliver with the Hertford County Sheriff’s Office for their assistance in this investigation.