COMO – The outlook appears grim for the well-being of an elderly man who walked away from a rest home here Saturday morning.

After four intense days of searching, Hertford County Sheriff Dexter Hayes said the effort to locate 86-year-old Joseph Peel has been scaled back to the point where cadaver dogs are now being used rather than bloodhounds.

“We’re not giving up hope, but as time goes by without discovering Mr. Peel, it’s becoming more apparent that he may be deceased,” Sheriff Hayes said Tuesday afternoon from a command post set up at the Como Volunteer Fire Department. 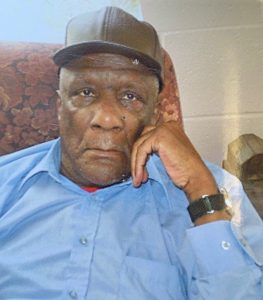 “We’ve searched every path from the Virginia line south to the Meherrin River,” Hayes added. “We’ve searched the river, to include using sonar. We have literally turned over every rock humanly possible.”

Meanwhile, the Sheriff said his investigators have scheduled follow-up interviews with the staff at Twin Oaks Rest Home, from where Peel walked away sometimes prior to 7 a.m. on Saturday. Peel had been a resident there, “for quite some time,” Hayes said.

“We’re trying to develop a more solid timeline of the early morning hours of Saturday at the rest home,” Hayes stressed. “We received the call at 7 a.m. that Mr. Peel was missing. What we do not know at this point is what exact time he left the facility.”

The rest home is located on US 258 just south of Como.

The original report indicated that Peel was last seen wearing a Washington Redskins cap, a blue pull over sweater, blue jeans, and black lace-up shoes. He is approximately 5’-6” tall and weighs 160 pounds.

A later report revealed that Peel may have been wearing or was carrying a set of bedroom slippers. They were located adjacent to the road near the rest home.

“We put out a statewide Silver Alert and a regional BOLO (Be On the Lookout) for 100 miles,” Hayes stated.

As the search developed on Saturday, more and more agencies began to respond, forcing the command center to move from the rest home to the Como VFD.

“There’s been so many search teams involved I can’t name them all….I would guess all totaled there have been up to 250 people involved in the search,” Hayes said. “We’ve searched by ground and in the air, using a helicopter from the North Carolina SBI and planes from the Civil Air Patrol. We’ve had SAR (Search and Rescue) teams from as far away as Wilmington and Rowan County. We’ve had the Department of Corrections PERT squad in here, who specialize in manhunts. We’ve have bloodhounds here. We’re now at a point where we’ve covered several square miles of woods, fields and the river and there’s still no sign of Mr. Peel.”

When asked if there was a possibility of Peel being picked-up by a motorist, Hayes stated that nothing they have discovered thus far leads to that conclusion.

“We were told by the staff at the rest home that Mr. Peel gets confused at times,” Hayes said. “He has not been medically diagnosed with dementia.”

The Sheriff closed by saying that the command center at Como VFD remains open.

“We still have search teams on stand-by, but it now appears more likely that this will end with a recovery rather than a rescue,” Hayes grimly stated.

GATESVILLE – They are battered and bruised, but most of all thankful for the opportunity to live another day. That... read more