MURFREESBORO – James Edwin Britt, 89, of Murfreesboro, passed away peacefully on February 8, 2020 at his home with his family by his side.

He was born on October 3, 1930 to Claudie and Bernice Johnson Britt in Northampton County. James worked for many years at Georgia Pacific. James loved his family very much. James loved his church and was a very active member of Murfreesboro United Methodist Church. He also served as the Treasurer for the Murfreesboro Lions Club for many years. James was an avid gardener and enjoyed going camping. He also loved fishing and trips to the beach. James was also a fan of UNC basketball. 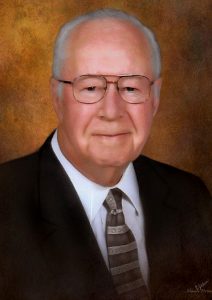 A celebration of life funeral service will be held on Monday, February 10, 2020, at 2:00 pm at the Murfreesboro United Methodist Church, Murfreesboro, NC, with Rev. Jason Villegas, officiating. Burial will follow at Riverside Cemetery.

Garrett-Sykes Memorial Chapel is handling the arrangements for the Britt family and online condolences can be directed to the family by visiting www.garrettsykesfs.com.

AHOSKIE – Joseph Andrew Hejnas, 97, passed peacefully on February 7, 2020 with his family by his side. He was... read more