CHIPLEY, FL — A Florida motorist who struck and killed three electrical linemen, including two from the Roanoke-Chowan area, who were restoring power following Hurricane Michael here in October of 2018 will spend the rest of his life behind bars.

On Jan. 27, a Washington County (Florida) judge sentenced John Roland Goedetke to four life terms in prison, according to a story published by the Dothan (Alabama) Eagle.

Goedetke, age 39, was accused of causing the deaths of Ryan Barrett, 22; George Cesil, 52; and James Ussery, 61, who were working to restore power in Washington County, Florida after the storm. 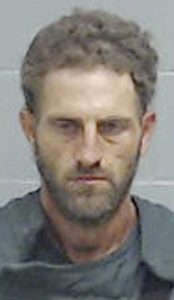 Cesil, of Colerain in Bertie County, and Barrett, of Roanoke Rapids, were employed by Lee Electrical Construction, Inc., an Aberdeen, North Carolina based company subcontracted to help with restoration efforts in the Florida Panhandle following the hurricane. Ussery, who resided in Chipley, Florida, was employed by West Florida Electric Co-Op.

A post on the Lee Electrical Facebook page following the Oct. 25, 2018 incident said that Cesil had worked with the company for approximately six years, “serving as an exceptional foreman for most of that time.”

Barrett, the post said, had worked with the company for five months, “but was quickly showing promise in our industry.”

In a press release after the incident, the Florida Highway Patrol said the three utility workers were standing in a ditch alongside State Route 77 shortly before 6:45 p.m. where they were attempting to restore electrical power.

Meanwhile, Goedtke ,of Tampa, FL, was traveling northbound on Route 77, operating a Ford truck that was towing a U-Haul trailer. Goedtke’s vehicle left the roadway and struck the three utility workers.

Goedtke fled the scene on foot and was later captured by the Washington County (Florida) Sheriff’s Office. According to the Tampa Bay (Florida) Times, records show Goedtke has 27 arrests since 2000 on charges ranging from drug possession, driving with a revoked license, and multiple counts of domestic battery.

Chipley is located north of Mexico Beach and Panama City Beach, two areas that took the brunt of the impact when Hurricane Michael made landfall on Oct. 10 packing winds of 155 mph.

GATESVILLE – It took a Gates County jury less than 30 minutes to how a murder suspect will spend the... read more