GATESVILLE – It took a Gates County jury less than 30 minutes to how a murder suspect will spend the rest of his life.

Holland, formerly of Portsmouth, VA, was on trial for the June 13, 2015 murder of Gates County resident Calvin Bell Jr.

After the verdict was read, Superior Court Judge J.C. Cole sentenced Holland, age 33, to life in prison without the possibility of parole. 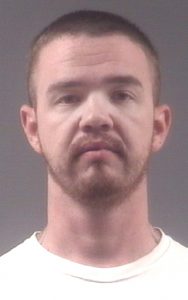 Two other men – Matthew Hundley and Gerald Waverly Bass – were also charged in the murder. Gates County Sheriff Ray Campbell said both agreed to testify for the prosecution.

“From what I understand, the plea deals they accepted are still being worked out. Both Mr. Hundley and Mr. Bass are awaiting sentencing,” said Sheriff Campbell.

Campbell added that the testimony of Bass at the trial revealed the motive for the murder.

“Apparently it was over retaliation for a stolen shipment of drugs,” Campbell said.

Bell, who resided on NC 37 near its intersection with NC 32 in the Hobbsville area of Gates County, was found deceased in a field adjacent to his home. He died of a gunshot wound.

Based on the initial investigation, which included the SBI who sent a crime scene technician to Bell’s residence, it is believed the incident began with the suspects entering Bell’s home, which was found ransacked when deputies arrived on the scene. It is believed that Bell arrived at his residence on June 13, 2015 and discovered the suspects inside his home.

The ensuing investigation revealed that shots were fired from two different weapons, to include a shotgun, inside the residence. Shell casings from a handgun were also discovered outside the home.

Evidence showed that Bell ran out the back door of his home, turned right, and ran about 50 yards before collapsing in a farm field adjacent to his home.

A witness at that time noticed a crew cab truck leaving Bell’s residence at a high rate of speed, northbound on NC 37, following the shooting. A truck matching that description was recovered in Portsmouth a day or two after the shooting and seized as evidence. Holland was identified as a suspect at that point.

Holland was arrested by Portsmouth Police in early October of 2015. At that time he was also the target of DEA and ATF agents on federal charges unrelated to the murder.

WINDSOR – They are warriors, and they are also citizens. And, thanks to the Employers Support for the Guard and... read more