MURFREESBORO – A woman is in custody after a hit & run incident on Chowan University’s campus on Friday night, Jan. 17.

Murfreesboro Police Chief David Griffith stated according to the arrest report that Stephanie Mcgowan, 19, of Raleigh allegedly struck three vehicles with her own in the parking lot of White’s Crossing at Chowan University shortly after midnight. While one MPD officer responded to reports of the damaged vehicles on campus, another officer was at the Colonial Pharmacy parking lot when Mcgowan arrived there. 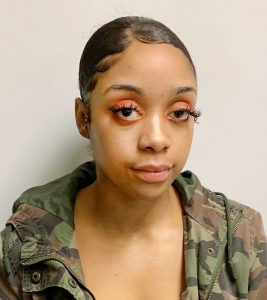 “She had heavy front passenger side damage. The front fender was peeled back and hanging, and the tire was off the rim,” Griffith reported.

The damage to Mcgowan’s vehicle plus the three others involved totaled $12,500.

The Murfreesboro Police were assisted by the Hertford County Sheriff’s Office and the North Carolina State Highway Patrol in the ensuing investigation.

The Highway Patrol also issued her a citation for driving after consuming.

Mcgowan was taken to the Hertford County Jail and placed under a secured $1,500 bond. Her first court date is scheduled for Apr. 8.

Griffith thanked MPD Officers Timberlake and Dimino for their work in the investigation as well as the assistance from other law enforcement agencies. He added he was glad no one was hurt during the incident.

MURFREESBORO – Two students here at Hertford County Middle School are facing charges after they were each found in possession... read more