Mr. Curle was born in Hertford County, NC on December 15, 1931, and was the son of the late Ernest Polk and Eva Parker Curle. A retired mechanic from Ford Motor Company, he was a member of both Somerton United Methodist Church and the Somerton Ruritan Club. A veteran, he had served in the US Navy. 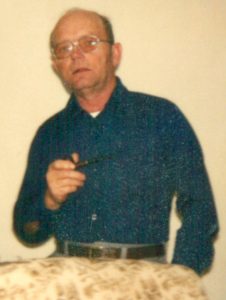 In addition to his parents, he was preceded in death by his wife of 65 years, Sylvia Lee Parker Curle; three sisters, Estelle Etheridge, Frances Alexander, and Raye Umphlett; three brothers, Woodrow, J.P., and Franklin Curle; and by a granddaughter, Tammy Jo Steinert.

Funeral services will be held Monday, January 27 at 11:00 a.m. in the chapel of Miller Funeral Home, 304 Main Street, Gatesville, NC, and will be conducted by the Rev. Jimmy Smith. A private burial will follow in Holly Lawn Cemetery, Suffolk.

Friends may join the family in the funeral home immediately following the chapel service on Monday.