AHOSKIE – A former employee of an Ahoskie business is facing charges of embezzlement.

Kathy Winslow Lowe, 47, of Ahoskie stands charged with four counts of embezzlement. She was arrested Jan. 18 by the Ahoskie Police Department and booked into the Hertford County Jail under a $20,000 secured bond.

Lowe is scheduled to make her first appearance on Feb. 3 in Hertford County Criminal District Court to answer the charges. 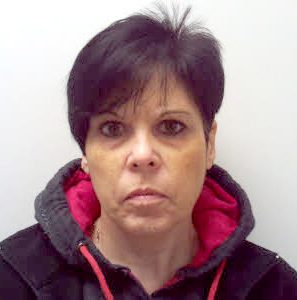 Ahoskie Police Major Jimmy Asbell said an investigation was launched into Lowe’s alleged embezzlement based on a complaint filed by her former employer, Ahoskie Eye Care, in September of last year.

Asbell said the investigation of the case was handled by APD Officer Naomi Mizelle.

“The dates where this embezzlement was alleged to have occurred were between August of 2017 and June of 2019,” Asbell said. “There were a lot of financial records, receipts, and inventory records that Officer Mizelle had to carefully sort through and document before building the evidence needed to present her case before the Grand Jury.”

Asbell added that a Hertford County Grand Jury studied the evidence and returned four true bills of indictment against Lowe.

He said the embezzlement involved a large sum of money along with gift cards, eyeglasses, frames, lenses, and sunglasses.

“On behalf of the Ahoskie Police Department, I commend Officer Mizelle on the intensive amount of painstaking work she put into this case, which eventually led to an arrest,” Asbell said.

MURFREESBORO – A woman is in custody after a hit & run incident on Chowan University’s campus on Friday night,... read more