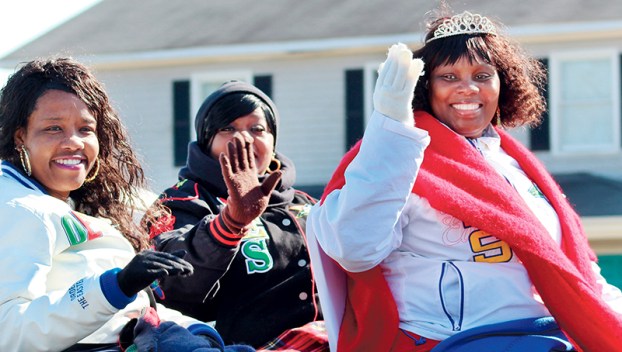 Members of several Bertie County Masonic groups came together in Windsor on Monday for the town’s annual Martin Luther King Birthday celebration, to include members of the Order of the Eastern Star Ladies Lodge. Staff Photo by Gene Motley

WINDSOR – “Don’t make it a day off,” retired Bertie County educator Thomas Ruffin implored his audience while addressing the reason to celebrate the Dr. Martin Luther King, Jr. birthday. “Make it a day-on!”

Ruffin, a member of Alpha Phi Alpha Fraternity – and who proudly proclaims he became a member because King was also a member of that august body – spoke as part of the Windsor MLK celebration, which included a noon parade through the town. 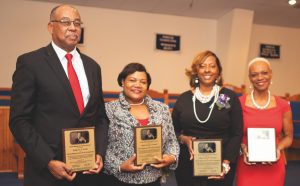 In addition to the Windsor activities, there was the Ahoskie Alumnae chapter of Delta Sigma Theta Sorority’s 41st annual Martin Luther King tribute. The 2020 ceremony took place Sunday at Powellsville’s Rountree Temple of Praise Church, marking the 91st anniversary of King’s birth with word and song.

On Monday, several Masonic orders, as well as fraternal organizations, joined together to mark the occasion. They include the Colerain chapter of the Prince Hall Masons, and the District-5 Ahoskie chapter of the Order of the Eastern Star, which has been celebrating King Day seven years after it was first declared a national holiday.

“We had our first Martin Luther King celebration on January 29th, 1993, and this marks the 27th year we have observed (the holiday),” said Eastern Star and Lewiston native Colleen McGlone.

“Since it was declared a holiday, we knew the children would be out of school and they really weren’t doing anything, so we wanted to give them something to do rather than sit idle,” McGlone continued. “So, we thought it would be inspirational and educational for them and for others, too. We then charged them to decide on how to put a program together.”

The first Deltas’ program attracted a standing-room only crowd and was held in McGlone’s hometown at the former J.B. Bond School. For the evening, now-former District Court Judge Alfred Kwasikpui was the first keynote speaker. Since then, speakers have included ministers, judges, attorneys, politicians, ministers, legislators; and, among others, Dr. William Barber, national NAACP Director. 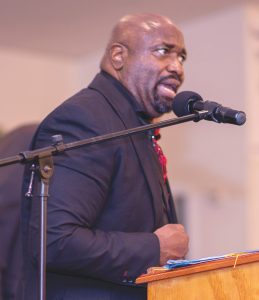 “We also want to thank District-5 Deputy Grand Matron and Bertie County Commissioner Ernestine Bazemore along with District-4 Deputy Grand Matron Linda Peele of Powellsville for their dedication and determination to keep this celebration ongoing for year after year,” noted McGlone.

WINDSOR – When completed, it will boast many of Bertie County’s quality attributes that can be shared by all its... read more