MURFREESBORO – A second suspect in a rash of break-ins in Murfreesboro during December has been arrested while the first remains on the run.

Aries Boone, 19, of Murfreesboro was arrested Sunday, Jan. 19 on warrants for a variety of charges including felony breaking and entering, according to Murfreesboro Police Chief David Griffith.

The investigation began when MPD Capt. Dilday responded to a domestic disturbance call. While talking to the people involved, Dilday discovered Boone had allegedly been responsible for some break-ins in the neighborhood near Spring Avenue. Dilday recovered four cellphones, two watches, some keys, some pistol magazine clips and other ammunition, and a few other items. 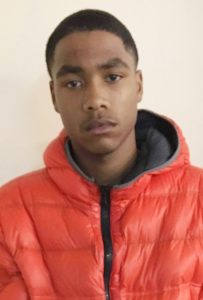 The Murfreesboro Police Department has been continuing to investigate the break-ins which occurred before Christmas in the areas around 4th Street and neighborhoods near Spring Avenue.

They are still looking for Quayshaun Deonte Howington (a.k.a. “Mad Max”) as a suspect in a number of these break-ins. The MPD previously recovered several of the stolen items on Dec. 27 while assisting the Hertford County Sheriff’s Office in a search of a Murfreesboro residence where Howington was believed to be.

“As we continue to work the case, we still believe Howington is a suspect for a portion of the break-ins, but a new suspect [Boone] has emerged as well,” Griffith explained.

Howington is still at large and considered “armed and dangerous.” If anyone has any information, they can contact the Murfreesboro Police Department at 252-398-4151.