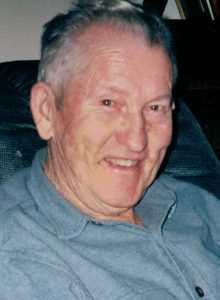 Mr. Matthews loved his Bethany United Methodist Church, was always in attendance, looked after the care of the church and had been chosen Man of the Year one year by his fellow members because of all of his involvement there in the church. He, also, was very involved in the Civic Center there in Milwaukee. Mr. Matthews was a long-time member of the Lions Club, Pendleton Masonic Lodge No. 418, and delivered Meals On Wheels for over 30 years.

A visitation for Mr. Matthews will be held on Friday, January 10, 2020 from 7 to 8:30 p.m. in Bridgers Funeral Home, Inc. in Conway. A funeral service will be held on Saturday, January 11, 2020 in Bethany United Methodist Church in Milwaukee at 11 a.m. with Rev. Carol Taylor and Rev. John Taylor presiding. Interment will be at the Milwaukee Cemetery following the service with Masonic Rights.

Flowers will be welcomed for his Service or Memorial gifts in Mr. Matthews memory can be shared with Pendleton Masonic Lodge No. 418 in Pendleton, NC.