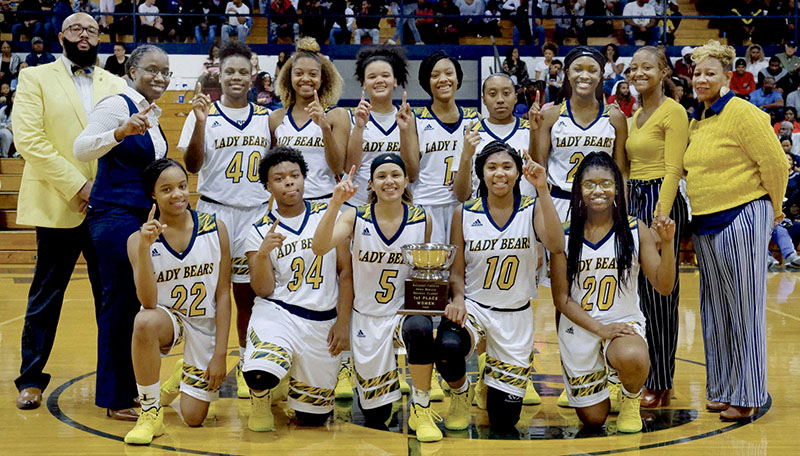 AHOSKIE – After an eight-year wait, Hertford County’s girl’s basketball team claimed the 2019 Roanoke-Chowan News-Herald Holiday Classic championship. The Lady Bears did it with a 47-38 win over Washington County in the title game.

Clutch outside shooting by tournament Most-Valuable-Player Mya Mabine throughout the contest helped make the difference in the Lady Bears claiming the top prize as they buried eight three-pointers.

For five straight years, Hertford County had met a Plymouth-based team in either the first or second round, and entering Monday night’s game, they’d come into the championship with a record of 0-5 against them.

It took a while for both teams to get loose before the capacity crowd with neither team scoring for the first three minutes of the game.

After the Lady Panthers hit the first basket, Hertford County reeled off eight unanswered, led by three-point jump shots from Mabine and Ashley Jenkins – the only players to shoot in double figures. Washington County got the last field goal of the opening quarter, which ended with the Bears ahead 8-4.

WCHS pulled within three points in the second quarter 10-7 before Mabine buried another triple. The Bears got the lead up to seven, 16-9, on a Desiree Askew free throw before the Panthers scored five in a row to get within two points at halftime, 16-14.

Hertford County opened the second half with an Ashlee Weaver three-pointer, but Washington County scored nine of the next 13 points to tie the score at 23-all, four minutes in. Later, a put-back by Ke’Asia Brooks followed by a rainbow three-pointer from Romaine Perry gave the Panthers their first lead 28-24. They were still ahead by three at the end of the third period 30-27 headed to the final frame.

But in the huddle between quarters, Sharpe implored her team to step up their outside shooting, and they responded, opening the fourth quarter on a 10-0 run as the Panthers had difficulty scoring, and fell behind to the Bears 37-30. Hertford County’s lead rose to eight points, 42-34 with two-and-a-half minutes to play, but the Panthers wouldn’t die. Fouling down the stretch led to a parade to the free-throw line. Weaver’s final foul shot gave the Bears their largest lead at nine, and as Hertford County made 3-of-6 to close out the game, they held on for the win.

“In our earlier games, we moved the ball, but didn’t shoot that well,” said Sharpe. “But tonight, we hit major jump shots in the fourth quarter. I think winning this tournament will give us great confidence in moving on to our next goal which will be winning our conference championship.”

In addition to Mabine being named MVP, Weaver and Jenkins, along with Daysha Holloman were other members of the Bears’ squad that were named to the All-Tournament team

Hertford County raised its record to 6-3 heading into a non-conference home contest against Rocky Mount High last night (Friday) in a game that was not completed by press-time. 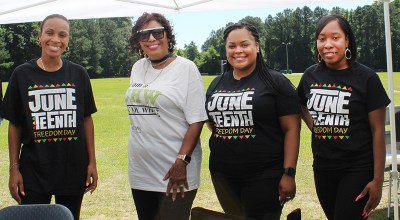 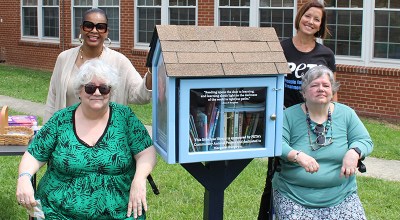