WINTON – A suspect wanted in connection to an Oct. 25, 2019 shooting that left one person injured remains on the run.

Hertford County Sheriff Dexter Hayes said that a reward is being offered for the arrest and conviction of Quayshaun Deonte Howington (aka “Mad Max”). He is being sought on three counts of attempted murder, assault with a deadly weapon with intent to kill by inflicting serious injury, five counts of discharging weapon into occupied property, discharging a weapon into occupied property causing serious bodily injury, possession of firearm by a felon, and going armed to the terror of the public. 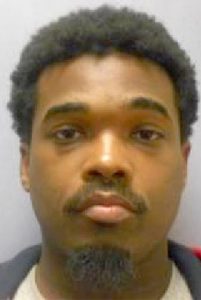 Howington also has outstanding arrest warrants on file for other charges in both Hertford and Pitt counties.

On October 25, 2019, Hertford County deputies responded to a location on US 13 outside of Ahoskie in reference to a shooting that had occurred. Upon arrival, investigators learned that a vehicle had approached the residence and suddenly stopped on the highway. At that time the victim reported that the suspect fired multiple shots at the residence, where he was hit. The victim fell to the ground and continued to hear shots being fired at the residence. At the time of the shooting the residence was also occupied by two other individuals.

The suspect fled the scene and has not been located since this incident.

Hayes said Howington should be considered armed and dangerous.

Anyone with information on his whereabouts should contact the Sheriff’s Office Crime Stoppers Hotline at 252-358-7841 or the Hertford County Communications Center at 252-358-0231. Callers can remain anonymous.