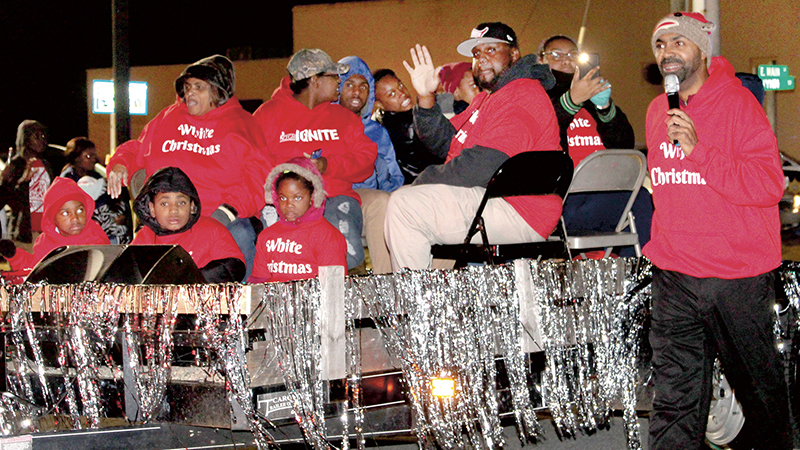 Shown here is just one of the entries in Thursday night’s Christmas Parade in downtown Murfreesboro. Staff Photo by Holly Taylor

MURFREESBORO – The Murfreesboro Chamber of Commerce staged a night of holiday cheer on Thursday, Dec. 5.

Despite chilled temperatures, a large crowd gathered along Main Street for the annual Christmas Parade followed by holiday-themed music, the lighting of a Christmas tree, and visits with Santa Claus and his family at the Roberts-Vaughan House.

“What an awesome night we had in Murfreesboro. If you missed it, you missed a treat. Planning for next year has begun,” Williams added.

The Chamber Director offered praise to the Southern Star Inn for the donation to purchase lights, Food Lion for the hot cocoa, Kings Coffee for preparing the cocoa, ACE of Murfreesboro for the popcorn, CRMP and Rose Brothers Paving for the lights, Brown’s Manufactured Homes for the cleanup of the Roberts Vaughan House grounds, and Chowan University for the assistance decorating the tree, and for providing the carolers who sang.