AHOSKIE – The 2019 Lt. Nick Brantley Scholarship Tournament will begin Wednesday with four games played at Ridgecroft School before eight games are set for two locales (Ahoskie and Merry Hill) for a second round of games before setting up the Friday finals’ return to Ahoskie.

Southampton Academy will play a quartet of first-round games split between Ridgecroft – Brantley’s alma mater – and fellow Tarheel Independent Schools member Northeast Academy. Beginning at 4 p.m. the Raiders junior varsity girls will play the Lady Eagles followed by the jayvee boy’s tilt of Southampton against Ridgecroft. After those contests are complete, the Ridgecroft girl’s varsity will defend its championship in a game against the Lady Raiders, with the Raider varsity boys squaring off with Northeast in the nightcap. 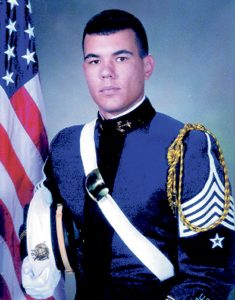 The 14th annual Nick Brantley Scholarship Tournament featuring local independent teams from Ridgecroft School, Lawrence Academy, and Northeast Academy, plus Pungo Christian and Southampton Academy will tip off for a three-day run Dec. 4-6. The event is held annually in memory of the late U.S. Navy Lt. Nick Brantley, an Ahoskie native and Ridgecroft School graduate who was tragically killed during a training exercise in 2005. File Photo

On Thursday, Lawrence Academy will be hosting four first round games in Merry Hill at their gymnasium against Pungo Christian Academy: junior varsity contests start the action at 4 p.m. with varsity games following. The winners of these four games automatically advancing to Friday’s championship round.

Also, on Thursday, Ridgecroft and Northeast will split the evening’s fare once again in four semi-final contests. The Ridgecroft jayvee girls face the Wednesday winner of Southampton-NEA while the Northeast junior varsity boys meet the winner of Ridgecroft-Southampton from the first round. Northeast’s varsity girls follow in the night’s third semi-final while Ridgecroft’s boys play afterward in the nightcap.

The awards ceremony closes out the night with the announcement of the 2020 Brantley scholarship recipients, along with the naming of the All-Tournament teams, and the Sportsmanship Award.

Thomas Nicholas “Nick” Brantley, who grew up in the Center Grove community near Ahoskie, held the rank of a Lieutenant in the U.S. Navy, excelling as a pilot and flew both fixed-wing and rotary-winged aircraft. His skills would earn him the Seahawk Award as the top student in the Fleet Replacement Squadron, based in Mayport, Florida.

Lt. Brantley served as the Administration Officer for Detachment TEN “Killaz” in support of Standing Naval Forces Atlantic West aboard the USS Simpson in 2004. After deployment he earned the qualification of Helicopter Aircraft Commander.

But then came one fateful day … Sept. 24, 2005. It was then, during a training exercise off the North Carolina coast, that Brantley and two other crew members lost their lives when their Navy Seahawk helicopter went down in the chilly Atlantic.

Despite the immediate outpouring of grief for the Brantley family and close friends, Nick Brantley would not become an afterthought after living such an enriched life full of joy, happiness, sharing, and military promise?

This tournament is part of that rich legacy.

Now entering its 14th year, the Lt. Nick Brantley Scholarship Tournament not only memorializes the life of this outstanding young man, but also lifts the spirits of its youthful participants through competition and the opportunity to earn college scholarships.

(Games will be held at Ridgecroft School, beginning at 4 p.m.)

(Games will be held at Lawrence Academy, beginning at 4 p.m.)

(Games will be held at Ridgecroft, beginning at 4 p.m.)

Christmas is coming and local merchants and local towns need your support. Many towns in the Roanoke-Chowan area are holding... read more