Kenny was born on March 1, 1936 in Atlanta, Georgia to Mildred Cary Lane Close and William Kenneth Close. He grew up in Sedley and Courtland, Virginia as one of ten children. After graduating from Courtland High School, he completed Forest Ranger School in Lake City, Florida. In 1955, Kenny went on a blind date and met the love of his life, Sandra. They were married on August 4, 1956 and lived in Gates County until the family moved to Raleigh for Kenny to attend forestry school at N.C. State in 1968. After graduation, Kenny started a timber consulting and land surveying company, which kept him busy for more than 25 years. 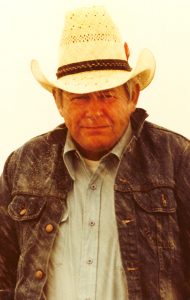 He and Sandra spent most of his retirement years at the Owl’s Nest, their farm in Lee County and the place where Kenny was happiest. He loved the outdoors and spent his entire life outside, whether hunting turkeys, squirrels and quail, cruising timber, riding horses, calling up owls, roping cattle, or taking cross-country motorcycle trips. The epitome of “true grit,” Kenny instilled his values in his children and grandchildren, who adored him.

Kenny is survived by Sandra and their three children, Kelly, Cary and Lane; his son-in-law James Crouch and daughter-in-law Jackie Close; eight grandchildren, two sisters; many nieces and nephews; and his beloved German Shorthaired Pointer, Gunner.

The family would like to thank Robert Jones of Broadway, N.C. for his continuous love, support, and friendship during the last years of Kenny’s life.

Donations honoring Kenny may be made to Transitions Lifecare, 200 Hospice Circle, Raleigh, 27607 or The Nature Conservancy at www.nature.org.

ROANOKE RAPIDS – Alex Brooks Thompson, 88, of Roanoke Rapids, a native of Northampton County and a veteran of the... read more