AHOSKIE – A family property dispute apparently led an Ahoskie man to shoot and kill his ex brother-in-law and wound his ex wife near here Saturday afternoon.

Reginald Dwight James, age 72, is in the Hertford County Jail, held without bond on one count of first degree murder and one count of attempted first degree murder. James also stands charged with discharging a weapon into occupied property causing serious bodily injury, breaking and/or entering, injury to personal property, assault by pointing a gun, and going armed to the terror of people.

He was scheduled to make an appearance on Tuesday in Hertford County Criminal District Court. 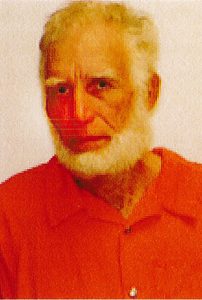 Reginald D. James is being held without bond on several charges, to include first-degree murder.

Hertford County Sheriff Dexter Hayes said his deputies responded to a residence at 239 Newsome Grove Road near Ahoskie at 1:28 pm in reference to a shooting. Upon arrival, the deputies found 65-year-old Kent Stewart Sessoms laying in the yard suffering from a gunshot wound. Hayes said Sessoms was initially transported to Vidant Roanoke-Chowan Hospital in Ahoskie and then to Vidant Medical Center in Greenville where he later died.

Also located near the home was Beryl Sessoms James, the ex wife of the alleged shooter. Hayes said she was shot, but suffered only a minor injury.

Sheriff Hayes said the murder weapon, a shotgun, has been recovered.

“What we’ve been able to determine thus far in our investigation is that there was a property dispute between Mr. James and his ex wife,” Hayes explained. “Apparently there was a disagreement over the ownership of some trees that were in the process of being cut. Mr. Sessoms was working outside of his sister’s home when the disagreement reached a level of violence as Mr. James became angered to the point of shooting Mr. Sessoms, who later died.”

The Sheriff added that Ms. James was in her home at that time.

“After shooting Mr. Sessoms, Mr. James proceeded to enter her residence and attack her,” Hayes reported. “She fled on foot and had made it to the road where a passer-by stopped to help her. It was at that time where Mr. James fired at her.”

Reginald James then returned to his home, located across the road, the Sheriff said.

“He lives in a heavily wooded area, so we were at an early disadvantage in trying to locate him,” Hayes stated. “We called for back-up and received the assistance of the Ahoskie Police and NC Wildlife officers. The added manpower helped my guys secure the area and we were able to take Mr. James into custody without further incidence about two hours later.”

Hayes thanked the Ahoskie and NC Wildlife officers for their assistance.

“It was a dangerous situation because we were unsure of where Mr. James was located on his property. My guys and the other responding officers played this by the book and did so in a professional manner in order to protect themselves and the public as well,” Hayes stressed.

The Sheriff added that he is waiting on the results of an autopsy to determine the number of times Kent Sessoms was shot.