GARYSBURG – A Northampton County Deputy Sheriff was killed in an auto accident while responding to a call near here last night (Wednesday).

Northampton Sheriff Jack Smith confirmed the death of Deputy Makeem Brooks, age 27. Smith said Brooks was responding to a “shots fired” call in the Gaston area when his cruiser ran off the road, struck a ditch and overturned several times. 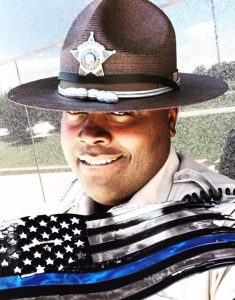 Smith said Brooks, a native of Rocky Mount, had worked as a Northampton Deputy for six months.

“Our hearts are broken; this is so, so sad,” Smith told the Roanoke-Chowan News-Herald this morning (Thursday). “He was such a fine young man with a promising future in law enforcement.

“Deputy Makeem Brooks was a great deputy, who loved his job, was always eager to learn, always displayed a positive attitude, and very proactive. Please keep the Northampton County Sheriff’s Office and our law enforcement family in your prayers,” Sheriff Smith added in a press release sent later Thursday morning.

The accident occurred near the intersection of US 158 and Old Highway Road, east of Garysburg.

Not all thinking is stinking

In this exact space on Oct. 30, I expressed my opinion for the elected leaders of my home county to... read more