JACKSON – A suspect wanted for attempted murder on Oct. 23 is now behind bars. 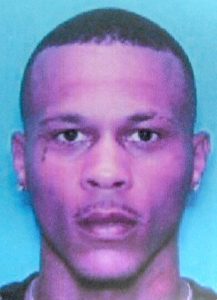 These warrants, Smith said, stem from an investigation conducted by Northampton Sheriff’s Sgt. D. Shephard that began on Oct. 23 where two male subjects were assaulted outside of Rich Square by a vehicle that was allegedly driven by Taylor.

Both victims sustained serious injury and were transported to local hospitals. Both have since been released from the hospital.

Taylor received a $250,000 secured bond for the attempted murder/assault charges plus $10,000 more for the probation violation. He was scheduled to appear on Thursday of this week in Northampton County Criminal District Court.

“We at the Northampton County Sheriff’s Office take these types of assault calls very serious and we are committed to doing all that we can legally do to protect others. I would like to thank our deputies and Sgt. D. Shephard for the prompt effort in handling this case. I’m thankful that this unnecessary and senseless assault did not result in a more tragic incident,” Sheriff Smith stated.

GARYSBURG – The W.S. Creecy School in Rich Square has been closed since 2009, but plans are in place for... read more