AHOSKIE – An Ahoskie man is wanted for a shooting incident near here on Oct. 25 that left a victim seriously injured.

Arrest warrants have been issued for 28-year-old Quayshaun Howington. He stands changed attempted murder, discharging a weapon into occupied property with serious bodily injury, assault with a deadly weapon with intent to kill/inflicting serious injury, possession of firearm by felon, and going armed to the terror of the people. 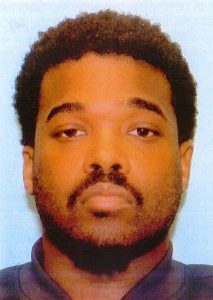 Hertford County Sheriff Dexter Hayes reported that the shooting occurred around 6 p.m. on Oct. 25 at a residence located on US 13 South.

“A person inside the residence was shot, but he was able to call 9-1-1 to report the shooting,” Hayes said.

The Sheriff added there were two other individuals at the residence at the time of the shooting, but neither was injured.

Those with information on the whereabouts of Howington are encouraged to contact the Hertford County Sheriff’s Office at 252-358-7800. The identity of the callers is kept confidential.

MURFREESBORO – After a public hearing at its Oct. 23 meeting, the Murfreesboro Town Council approved a comprehensive recreation plan... read more