White was born November 24, 1945, in Windsor, the son of the late Melba Perry White and Ernest V. White of Merry Hill. He was preceded in death by a half-sister, Joanne White Jordan, and brother, Orson.

He loved to travel and lived in Raleigh, where he attended the School for the Blind, California, Arizona, New Mexico and Tennessee before he “came back home” and moved to Ahoskie. 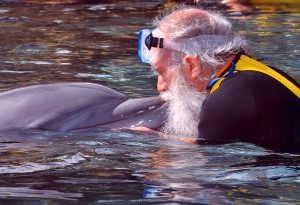 White was an art lover and legally blind since birth. His focus was on carving and he worked in wood, silver and bronze. His work is scattered across the country from west to east, some with private owners and some in public buildings. White created a line of Swamp Critters, animals and fish, from his imagination. His story was featured in a Japanese magazine several years ago.

White’s sense of adventure led him to be rescued from a cliff in California while searching for jade. His bucket list included going up in a hot air balloon and swimming with the dolphins, he did both.

Survivors include his brother, Charles G. White, and wife, Jeanette, of Merry Hill.

White wanted to be cremated and his ashes scattered in water, with no funeral service.